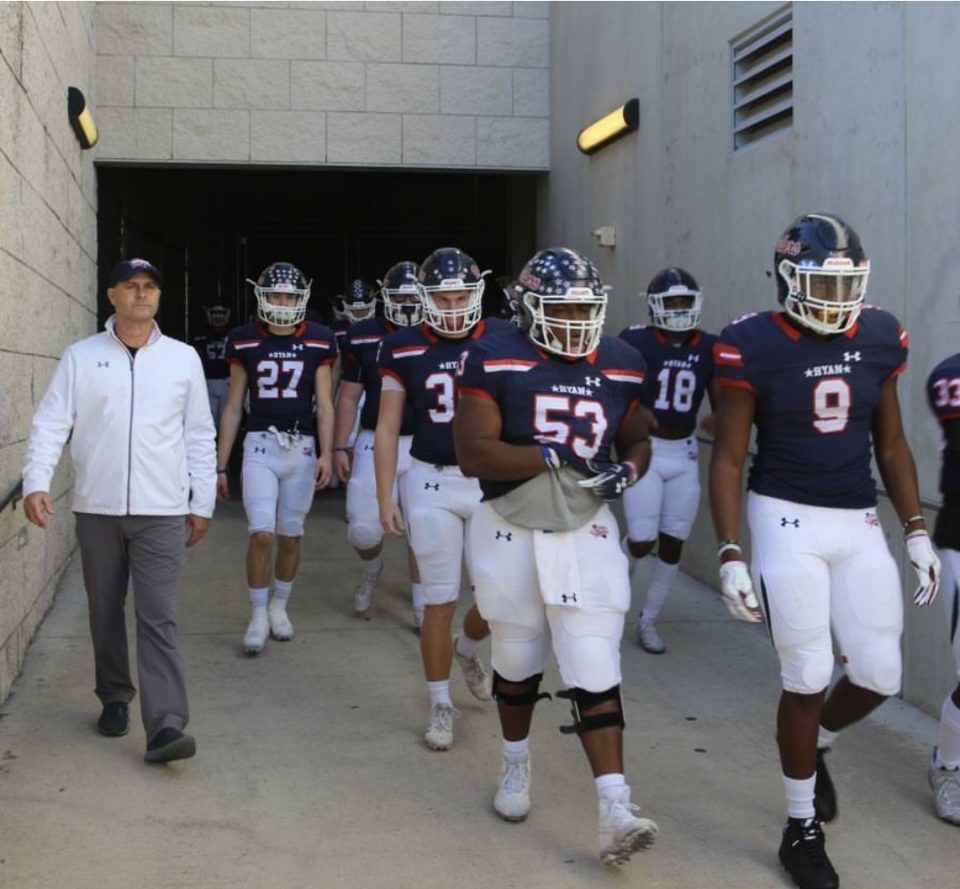 Denton Ryan is one of the best programs in all of Texas. From their freshman team with future star Khalon Davis at quarterback all the way up to varsity where they constantly have five-star talents like Ja’Tavion Sanders and Billy Bowman Jr.

Recently though, there’s been another Denton Ryan star catching a lot of teams’ eyes during this pandemic. 2023 linebacker, Anthony Hill Jr. The 6’2 210-pound linebacker hasn’t played a varsity snap yet has already taken in offers from Alabama, Baylor, Florida State, and Tennessee, all just in this month alone.

“It is a blessing and It feels amazing,” Hill Jr. said.

He has received to date 16 offers to play football at the next level.

Hill Jr. was a freshman last year. Watching his tape though, it’s like watching a varsity player going up against middle schoolers. Ryan seems to produce some of the best talents the state of Texas has to offers, Hill Jr. is next in that long line of success.

“Blessed, natural talent and a lot of training,” Hill Jr. said on his success.

Ryan last year took their 15-0 record and put it up against Shadow Creek’s 15-0 record in the 5A D1 state championship game. Shadow Creek, in just its second year, came up on top. With Shadow Creek making the jump to 6A though this is Ryan’s year. Ja’Tavion Sanders and Billy Bowman Jr. return. Quarterback Seth Henigan returns. Cornerback Austin Jordan is back. Anthony Hill Jr. should get some playing time.

Ryan is destined for greatness and Hill Jr. knows it.

“Help my team win a state championship,” the star linebacker said on his goal for 2020.

Anthony Hill Jr. always knew he was destined for greatness. He started playing football at a young age and loved it immediately.

“My dad played and he introduced me to it and I loved it!” Hill Jr. exclaimed.

Anthony Hill Jr. could be Denton Ryan’s secret weapon next season. A tackling machine at middle linebacker, someone who won’t let anyone passed him.

This upcoming season could not only be historic for Hill Jr. but the Ryan program as a whole.

“I’m a hard worker and dedicated to my craft,” Hill Jr. said.