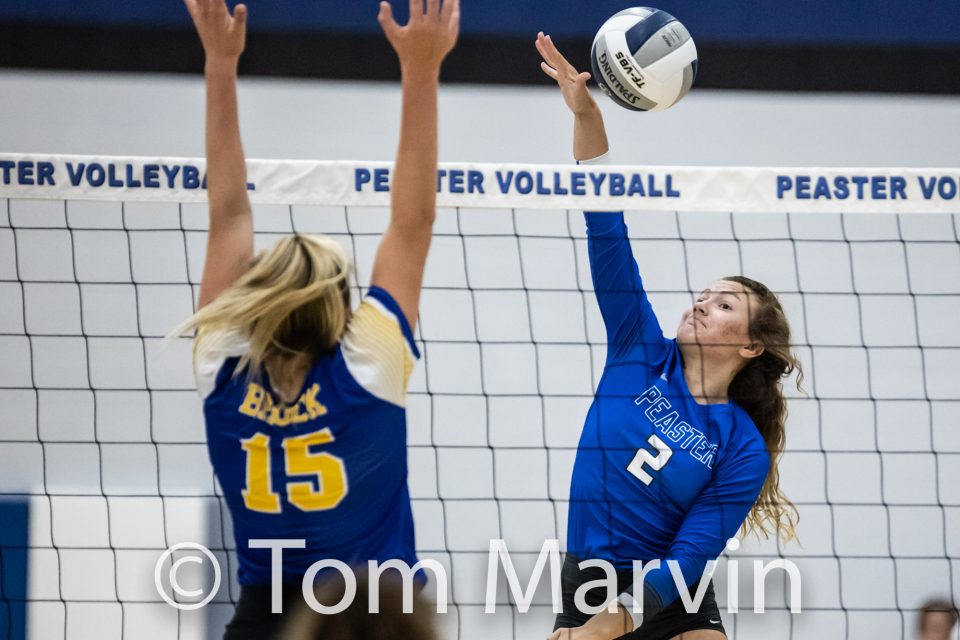 In the first game, the two Parker County rivals each had to fight off a game point before Peaster rallied from a 25-24 deficit to score the final three points and get the early advantage in front of the raucous home crowd. Neither team led by more than four points throughout that first game.

The 24-23 lead Brock held late in that first game was the last time the Lady Eagles led in any of the three games.

Peaster jumped out to a 4-1 lead in game two before Brock rallied to tie the game at 5-5. However, Peaster went on a 6-0 run to take the lead for good.

The Greyhounds went on a 11-2 run early in the third game to jump out to a 13-4 lead. Brock managed to claw its way back into the game and cut the deficit to 23-21, but that was as close a the Eagles could get.

Peaster travels to Bangs Saturday for its next game, while Brock will try to even its district record in Saturday’s road game at Dublin.

Beyond The StatZ: feat. Malachi Flores