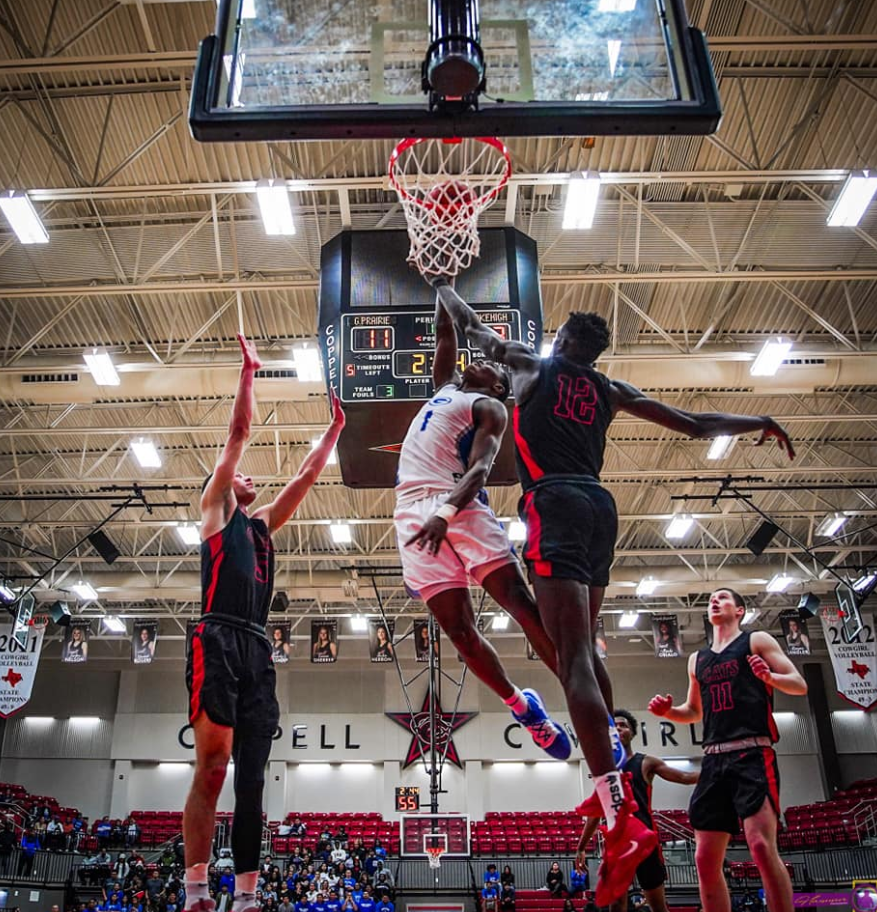 The Grand Prairie Gophers. Home to NFL Hall of Famer, Charley Taylor. Home to retired MLB pitcher and two-time all-star, Kerry Wood. The public high school that was established more than a century ago has seen some all-time people walk through its doors. Yet, Outside of a 1995 semifinals appearance in baseball, there isn’t too much to gloat about when it comes to athletics.

The Gophers, now sitting in the area round of the 6A regions 1 & 3 state playoffs, have already locked in the best season in the programs’ recent memory. Now, they’re looking at the bigger picture, to win it all.

“We believe in each other’s abilities on the court and we can hold each other accountable,” Jaylin Posey said on his teams’ success. “Committing to our coaches game plan night in and night out.”

This program in the 2009-2010 season completed a near impossible, winless season. Last season they won just 11, now they’re winning upwards of 90% of their games by an average of 14 points per contest.

“The difference between last year and this year is the mentality change,” Posey said. “We wanted to make history and do something special to put Grand Prairie back on the map so we magnified everything on the court and in the classroom.”

Jaylin Posey is a key reason for the Gophers’ success this season. The senior guard and Stephen F. Austin commit is averaging team-highs in points, rebounds, and assists per game with 19-7.5-2.5 respectively.

“My teammates and coaches are the keys to my individual success,” Posey said. “From my teammates pushing me every day in practice and my coaches always making sure my fire is lit and never allowing me to settle.”

Posey and the Gophers look to put themselves on the map this playoff season. They’re matched-up against a tough 25-8 Flower Mound squad in the area round. If they can hand them they’re ninth loss they’re then looking at more then likely a Duncanville team that is favored to win it all.

According to Posey though, for a Gophers state title it’ll take three simple things.

“Committing to our coaches, Compete for every possession, Communicate together as a team.”

Newman Smith and their Quest to Perfection