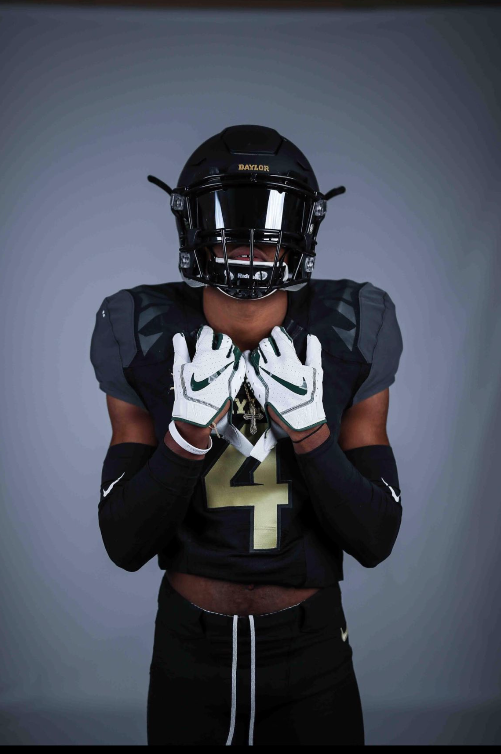 Baylor earned the commitment of one of the best cornerbacks in the state of Texas yesterday. Four-star Lorando Johnson announced via his twitter that he’s taking his talents to Waco this upcoming season.

Johnson is a four-star prospect via 247Sports Composite. He’s ranked as the 28th best cornerback in the 2020 class and the 55th best player in the state of Texas.

Johnson originally committed to LSU in April of last year. He didn’t sign his LOI though and is now enrolling at Baylor to become another member of their 2020 class.

“Coach McGuire being from Dallas and the connection and linking back up with coach Aranda,” Johnson said on why he chose Baylor.

Coach Aranda, that johnson refers to is the new head coach at Baylor. Prior to this, he was the defensive coordinator at LSU, where Johnson was previously committed to.

The 5’11 180-pound corner has been timed running a 4.54 40-yard dash a 4.21 shuttle and a 36-inch vertical.  Johnson was an integral piece to Lancasters defense last season as the Tigers had an 11-3 record and held opposing offenses to just 16.5 points per game.

“I don’t like anybody having the upper hand on me so that drives me to compete ten times harder,” Johnson explained.

Johnson has been doing his best to stay in shape during this off-season quarantine citing “private workouts by myself,” as his main way of staying in shape.

Johnson now moves on toa  Baylor team who under Matt Rhule last season had a bit of a resurgence. They finished 11-3 with their only three losses being to Oklahoma twice by one possession and Georgia. Johnson looks to keep Baylor at the top of the Big-12.

He expects big things from his squad at Lancaster this upcoming season as well.

“I expect them to bring the city back the big trophy,” Johnson said.

Johnson is a huge addition to the Baylor secondary. One of the best corners that the 2020 class has to offer. His flipping from LSU to Baylor is huge for the Big-12 and the Bears.

“From the day I touch campus, I’m about business, not foolery,” Johnson said.

The Professor Rides Away