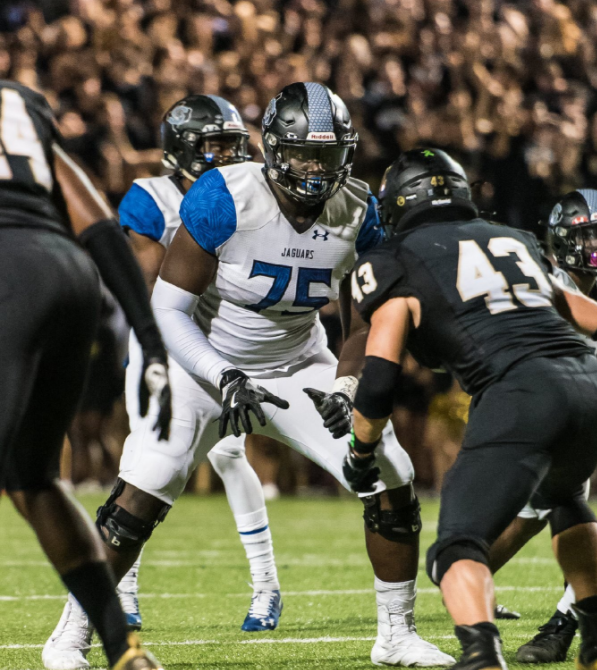 Last year, TCU earned the commitment of one of the more interesting quarterback prospects out there in Germany’s Alexander Honig. In the past two days, TCU has landed a pair of commits to helping protect their investment in Honig.

One of which is Mansfield Summit’s star tackle, Jacoby Jackson.

Jackson is a three-star commit via 247Sports Composite rankings. He’s the 88th ranked tackle in the 2021 class and thus the 155th ranked player in the state of Texas going into his senior year. Mansfield Summit last season went 7-4 whilst averaging over 28 points per game with Jacksons’ help.

“Faith in God, and knowing I have so many people believing in me,” Jackson said on what leads to his success.

Jackson continues the family legacy of Horned Frog football players. His father, Cedric, was a running back for TCU from 1988-1990. Cedric Jackson ran for 599 yards and six touchdowns during his time there.

“They’re close to home, every time I go it feels like home, and they’re constantly putting linemen in the NFL,” Jackson explained.

Jackson still has one more year at Mansfield Summit before joining the TCU family. He has a few goals in mind.

TCU last year finished near the bottom of the Big-12 with a 5-7 overall record and finishing 3-6 in conference play. They were predicted to finish fourth in the media poll prior to the season. With the signing of Jackson, all signs point up for the Horned Frogs. Jackson is one of the most solid tackles in the state and will be an incredible asset to the TCU trenches.

Jackson wants fans to know one thing about him prior to his arrival.