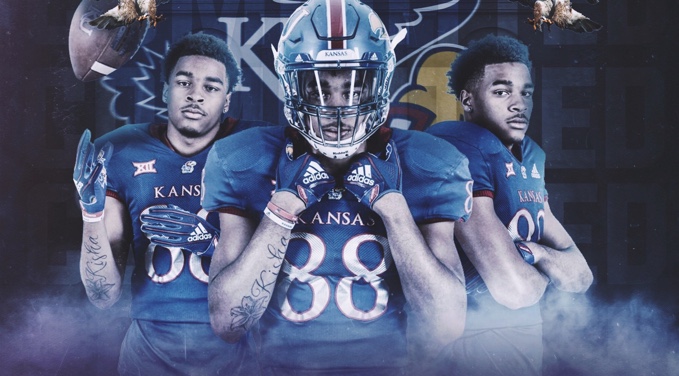 Emmett Jones landed another one from Dallas Forth-Worth

The wide receivers coach has made moves in the Lone Star State, landing South Oak Cliff’s Steven Parker and Skyline’s Velton Gardner for the class of 2019. On Tuesday night, he landed his first Texas commit for the 2020 class in The Colony’s Keith Miller.

The three-star wide receiver picked Kansas over 17 other offers including Illinois, Texas Tech and Colorado.

Miller originally planned on committing in late May, but after a visit to Kansas for the spring game, decided to pull the trigger.

What sealed the deal for the 6’2 receiver was the family atmosphere among the coaches and players.

He said Kansas sold him on being a great school and having great coaches in new head coach Les Miles and the aforementioned Jones, who spent time at Texas Tech, where Miller was previously committed to.

What makes Miller such a tantalizing prospect for the Jayhawks according to Miles is his ability to catch deep balls, run routes and beat defensive backs with his speed.

Though he’s committed, he’s going to take all his visits, he’s not sure where yet, but he plans on taking visits in the fall.

With the commitment out of the way, Miller can focus on spring ball and hopefully help lead The Colony back to the playoffs in 2019.