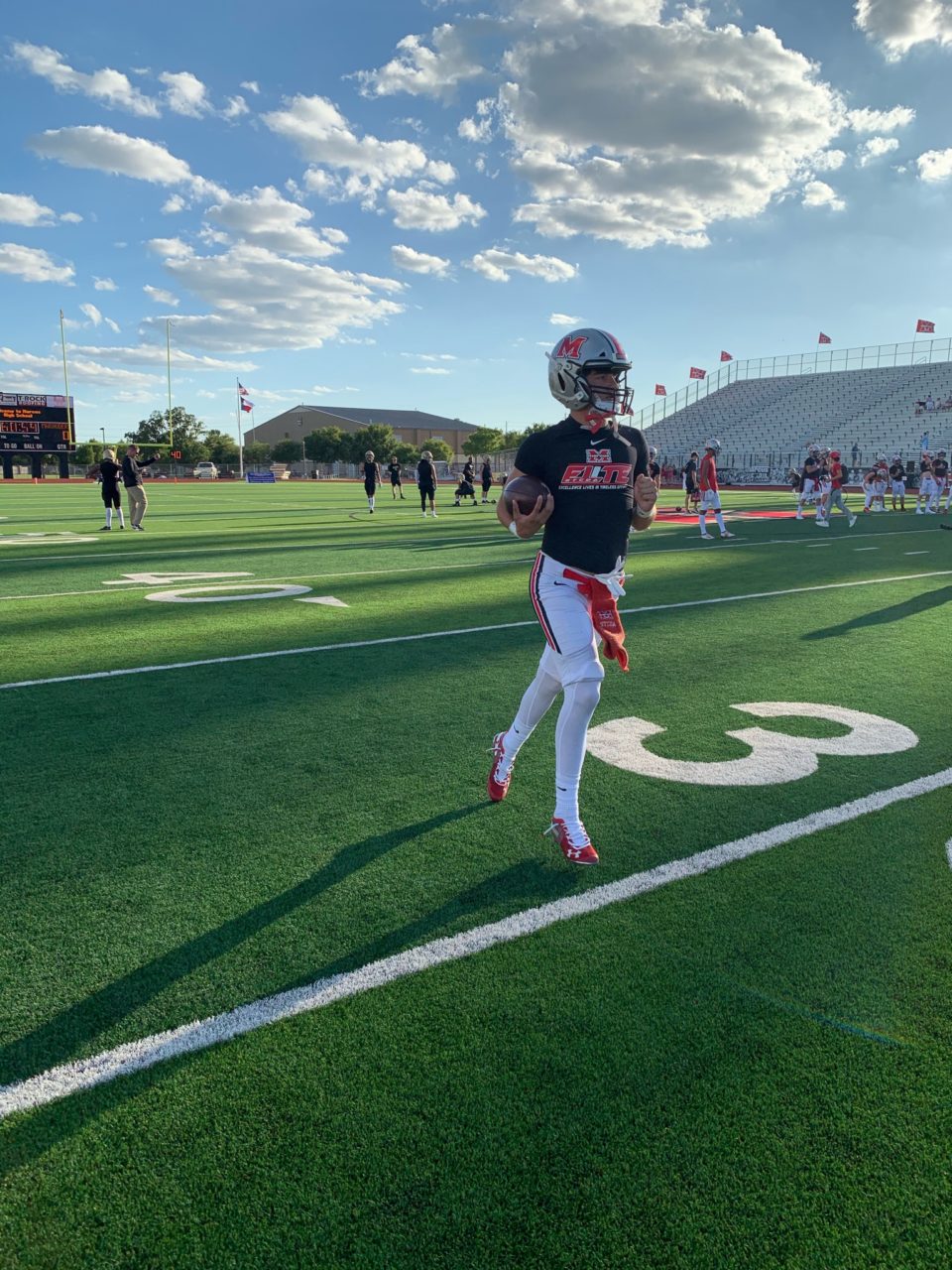 After last week’s shutout win against Irving High School,  the Marauders will be on the road tomorrow night at 7 p.m. to play the Nimitz Vikings.

Nimitz is coming into this game with a 1-3 record. Their only win so far this season was against the 0-4 Newman Smith High School Trojans.

Nimitz averages close to 200 rushing yards per game. This is largely because they like to feed the ball to sophomore running back Eric Williams, who has 501 rushing yards and five touchdowns so far this season.

“They do a lot of motioning,” senior linebacker Ethan Barr said. “We all have a job to do each play, and if we all do that then I think we will keep doing what we’re doing.”

The Vikings’ defense has gotten four sacks in the first four games. They average around one sack per game.

“I trust my line, I trust Ty’son Edwards to pick up any blitz,” junior quarterback Garrett Nussmeier said. “We’ll just have each others backs.”

The Marauders are in a similar position as last  season – going into week six, they were sitting at 3-1 and finished the season with a 5-5 record.

“We have a strong history in this program of starting off the year strong,” Nussmeier said. “We talked about how much these next few games matter to us to break the curse.”

The Marauders will be playing the Vikings on a Thursday night instead of Friday, which is when games are usually held.  This means that the team only has three full days to prepare, but they have a plan to get the most they can out of the limited time.

“[We] just [have] to get everyone healthy and practice hard, practice smart and get a lot of mental reps,” Barr said.