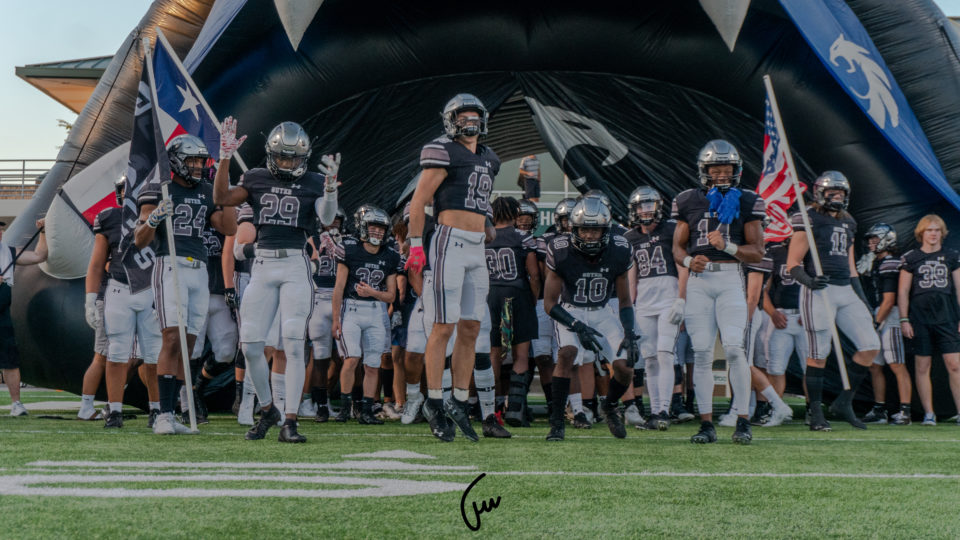 Class 6A in Texas high school football is a different machine.

The classification is made up of 252 schools with enrollments ranging from 2,190 to upwards of 6,000. Those numbers alone tout the motto ‘Everything is bigger in Texas.’

When you think of 6A football you tend to think of the dominant teams such as Allen, North Shore, and Duncanville. However, a new team has entered the fray. Thanks to their dominant start to the 2019 season, Denton Guyer has commanded respect and attention from every critic.

The Wildcats have been on a warpath back to the top ever since they were reclassified as a 6A program back in 2014. Prior to that change, Guyer had been a force for years when it came to 4-and-5A Texas football.

In 2014, Guyer’s enrollment grew to 2300 students, reclassifying the school’s football team to a 6A program.

Making the jump from 4A to 6A, Guyer slowed down somewhat, as the Wildcats went 42-19 in their first five years. Still, a winning percentage of nearly 70% in five years as a 6A school is nothing to scoff at.

Denton Guyer up until 2019 had proven themselves as a respectable opponent among 6A play. They weren’t projected to beat the likes of Allen on a yearly basis but they could hold their own against some of the other formidable programs that 6A had to offer.

This year’s campaign may carry Guyer into 6A’s title-contending tier of teams.

The Wildcats are 4-0 and off to their best start since 2009. They’re averaging upwards of 50 points per game while also averaging nearly 600 yards of total offense per game.

Guyer started off the year with a dramatic 60-57 victory over reigning 5A D2 champion Aledo, a team that shut them out 40-0 last season.

The Wildcats then took that momentum into the Cotton Bowl. In a matchup against Cedar Hill, a team that blanked Guyer 28-0 last year, Guyer continued to impress. Star running back Kaedric Cobbs ran for 217 yards and four scores, including a game-winning touchdown with under a minute to go.

Guyer stayed hot after their pair of season-opening wins, defeating North Crowley and Keller Central at home. Unbeaten at 4-0, Guyer is widely seen as one of the state’s more dominant squads.

The season doesn’t get any easier for Guyer however as they will now have to await the undefeated Carroll dragons in a game for 6A supremacy.

One thing in Guyer’s favor, however? Kaedric Cobbs.

Guyer is one of the best rushing teams in all of Texas, averaging over 300 yards a game on the ground. Senior running back Cobbs and junior quarterback Eli Stowers have proven to be one of the better 1-2 punches in the state.

Cobbs has carried the ball 78 times for a ludicrous 698 yards (about 9 YPC) and 10 touchdowns over four games.

Cobbs, however, isn’t new to the spotlight.

Cobbs, who has become the Wildcats’ unquestioned workhorse over the last two years, doesn’t look to be slowing down any time soon.

Cobbs’ believes the reason for his fast start in 2019 is “God’s protection in keeping me healthy.”

In preparation for the 2019 season, Cobbs went through a rigorous spring and summer workout routine. Cobbs describes his offseason agenda as “three hours a week with a speed coach, seven hours a week with TrueBuzz 7-on-7, working strength and conditioning, football skills, as well as yoga four hours a week.”

Cobbs keeps his body in peak health with the help of Coach Kyle Keese, Guyer’s strength and conditioning coach.

Cobbs, who says he plays like an old school Emmit Smith or Jerome Bettis, has always been around football. He was naturally drawn to the sport thanks to his father being a coach.

Despite his recent success, Cobbs remains as humble as ever. Cobbs remembers feeling more happy for his team than for himself after his game-winning run against Cedar Hill.

“I was extremely grateful God allowed me the opportunity to display the ability he gave me on such a grand stage,” Cobbs recalls.

What separates Cobbs from competition isn’t only the numbers he puts up on the field, but those he puts up in the classroom.

Cobbs scored 1360 on the SAT and maintains a 5.0 GPA. He’s received offers from esteemed ivy league universities such as Dartmouth, Colgate, and Cornell.

When asked about the difficulties in balancing his academics with football, Cobbs pointed to his parents.

“Luckily both my parents are educators so they helped me at a young age with time management,” Cobbs said. “So, it’s somewhat natural for me to balance life, academics, and athletics. The hard part is constantly reevaluating my goals and pursuing perfection.”

This coming Friday night, Guyer will be faced with another unbeaten Dallas-Fort Worth power — Southlake Carroll. The Dragons are led by standout sophomore quarterback Quinn Ewers, who already has 1100 yards, 12 touchdowns, and a >75% completion percentage to his name.

Guyer has a highly effective quarterback of their own in 2021 Texas A&M commit Eli Stowers. Stowers has 942 yards and 11 touchdowns through the air so far this year. Stowers has also put up 364 yards and three touchdowns with his legs.

No matter Friday night’s outcome in Denton, Cobbs says his eyes are set on a December finish in Arlington.

Marcus heads on the road to take on the Nimitz Vikings