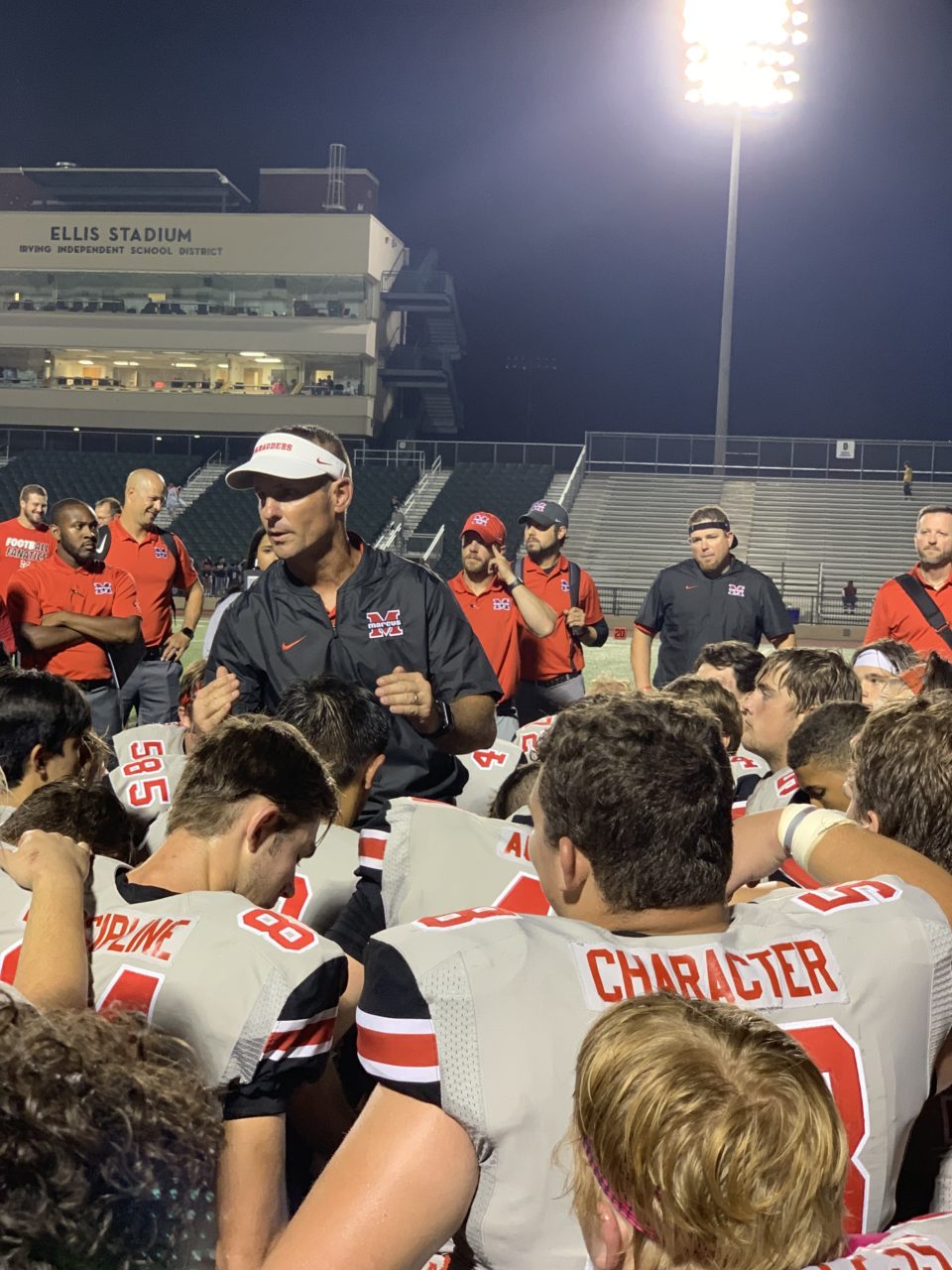 It was another win for the Marauders on Thursday night when they defeated the Nimitz Vikings 53-7. The team currently has a record of  4-1 on the season and 2-0 in the first two district games.Their next opponent will be the Hebron Hawks, who they will play next Friday in Marauder stadium.

The Marauders came out with a big start as senior Alex Fontaine got an interception on the very first play of the game.This allowed for a  touchdown run by senior Ethan Barr, making the score 8-0 with that Marauders in the lead with around ten minutes to go in the first quarter.

The Marauder defense played a major role in the game and didn’t allow Nimitz to score any points points until there were around four minutes left in the game.The defense was able to get fumbles and interceptions all over the field.

The Marauders’ offense scored on eight of 11 drives. Junior quarterback Garrett Nussmeier threw five touchdowns for 305 yards in the air. Three of those touchdowns went to Junior Wide Receiver J.Michael Sturdivant, who ended the night with 139 yards in the air and three touchdowns.

“My receivers, running backs and tight ends were blocking well for me on my scoring plays,” Sturdivant said.

The Marauders are in a similar position as they were last year with a 4-1 record going into week six. The previous season ended when the team  won one game out of their last five match ups and ended up missing the playoffs.

“We were in the same position as last year,” quarterback coach Eli Rodriguez said. “Lets see what we learned from last year.”