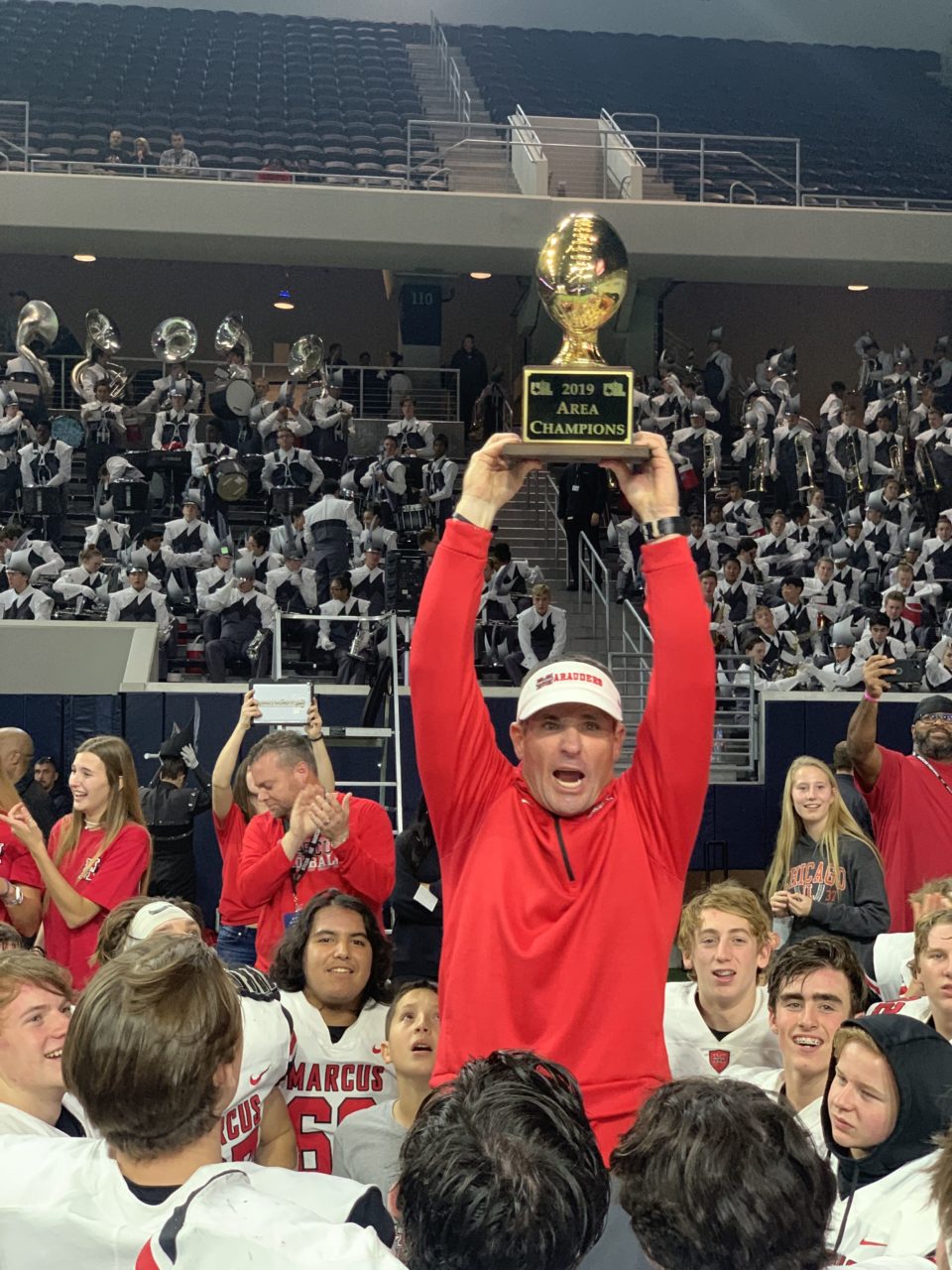 The second the horn blew off with no time left in the fourth quarter, the Marauders ran in joy on the field. The student section couldn’t stop cheering and the Marauders and the Wildcats exchanged some words at the 50-yard line and were directed to each other’s sidelines. This was the scene after the Marauders were able to get the 36-27 victory to become Area Round champions.

“It’s pretty cool,” junior cornerback Ty Johnson said “It gives us some extra plans for the break, everyone wants to play football on Thanksgiving break. Its a blessing that we get to do that.”

The Marauder’s defense was able to come up with big plays throughout the afternoon. They gave up 19 first downs and created three turnovers, two were interceptions and one was a fumble. However, it was a tough night stopping the run as the Wildcats were able to get 278 yards on the ground. Junior quarterback Mitch Coulson was able to get 190 yards and one touchdown. The Wildcats also missed a critical field goal in the 4th quarter.

“During the game,[We] made different plans and adjusting to what they were doing.” junior cornerback Christian Espinoza said.

The Marauder offense had some hiccups here and there but overall made key plays when needed. Junior quarterback Garrett Nussmeier finished the game with 407 yards, four touchdowns, and an 82% completion percentage. Wide receivers Dallas Dudley, J.Michael and Tyler Schott were at the receiving end of those four touchdowns with Dudley getting two of them. Senior running back Ty’son Edwards finished the game with 97 rushing yards and one touchdown.

“We just needed to stay calm and play our game” sophomore wide receiver Dallas Dudley said. “We knew our quarterback was going to get us the ball, either way, that’s how we played it.”

The Marauders will be playing the Tascosa Rebels(9-3) next Saturday at Memorial Stadium in the Regional Round. Last time the Marauders were in the playoffs they weren’t able to make it to this round. The team will be practicing over the Thanksgiving break to get prepared for their Saturday matchup. Following the loss for the Flower Mound Jaguars over Duncanville, the Marauders are the only team in the 6-6A district left in the tournament. At this point in the season, the Marauders know that every game will be tough and the team is ready for that challenge.

“I felt like we have a good recipe for success going on right now,” Nussmeier said. “We’ll keep cooking, and keep working throughout the week and keep the same routine and keep going.”