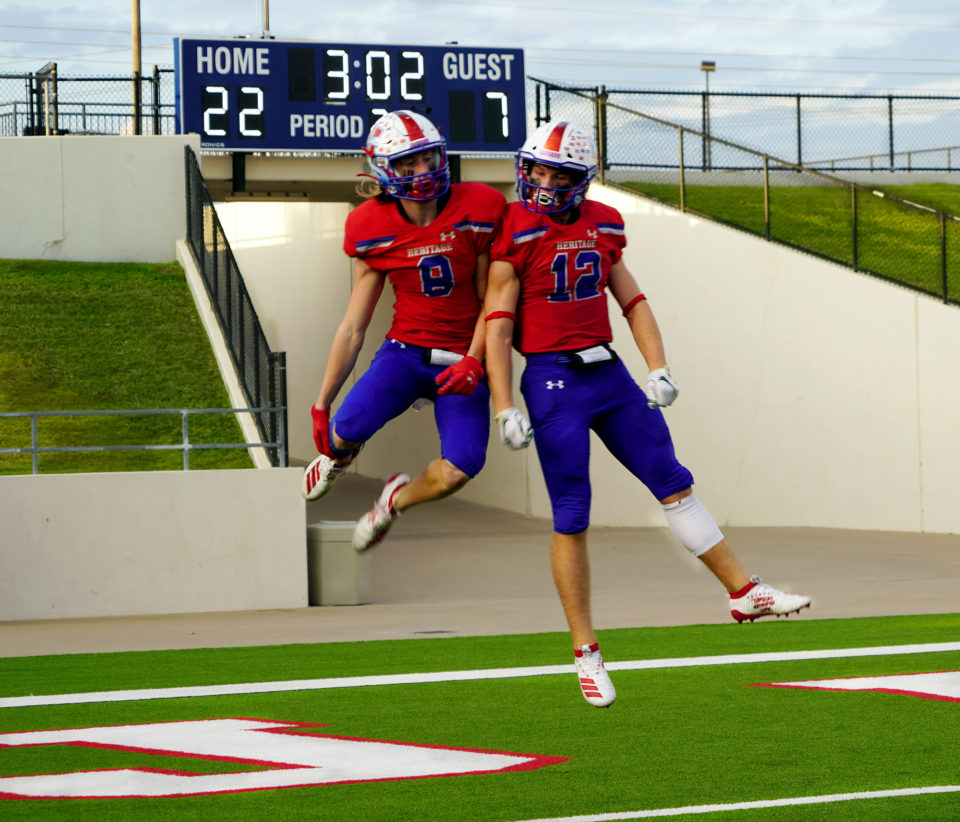 In the District 9-4A district opener for both teams, Midlothian Heritage Jaguars used a high octane offense led by Quarterback Cade Sumbler and running back Cullen Stone to have over 600 yards of offense and overpower the Quinlan Ford Panthers.

Beginning a season 2-3 does not look good on paper but to Midlothian Heritage Coach Lee Wiginton, the season really does not begin until district play

“High school football is about district competition, nothing matters until then when you fight for a playoff spot” Wiginton said after the game. “Our season began today” he added after that.

The Heritage offense showed its ability to perform at a high level, scoring 36 unanswered points to push this game in favor of the panthers. Heritage used both the running and passing game tonight, scoring four rushing touchdowns and three passing touchdowns in the game. Heritage also showed its big-play ability on offense, having three of those touchdowns come from plays over 35 yards or more.

While Offense stole the show for Heritage, the defense also did its part, not allowing any points from the triple-option Ford offense until late in the fourth quarter after one initial score on a trick play in the first quarter. The Jaguars defense contained the key pieces of the Ford offense like Kobe Jennings and Cayson Hoff all night.

Quarterback Cade Sumbler had an early interception that could have tilted the needle in favor of Ford, but ultimately he bounced back for 152 yards in the air while scoring three touchdowns.

Midlothian Heritage moves on to play at Athens High School on Oct.18 and Quinlan Ford will look to rebound at Mabank High school on the same day.

EP Americas Takes Down EP Franklin in Key 1-6A Showdown

Allen vs Plano East Live Broadcast by The Old Coach