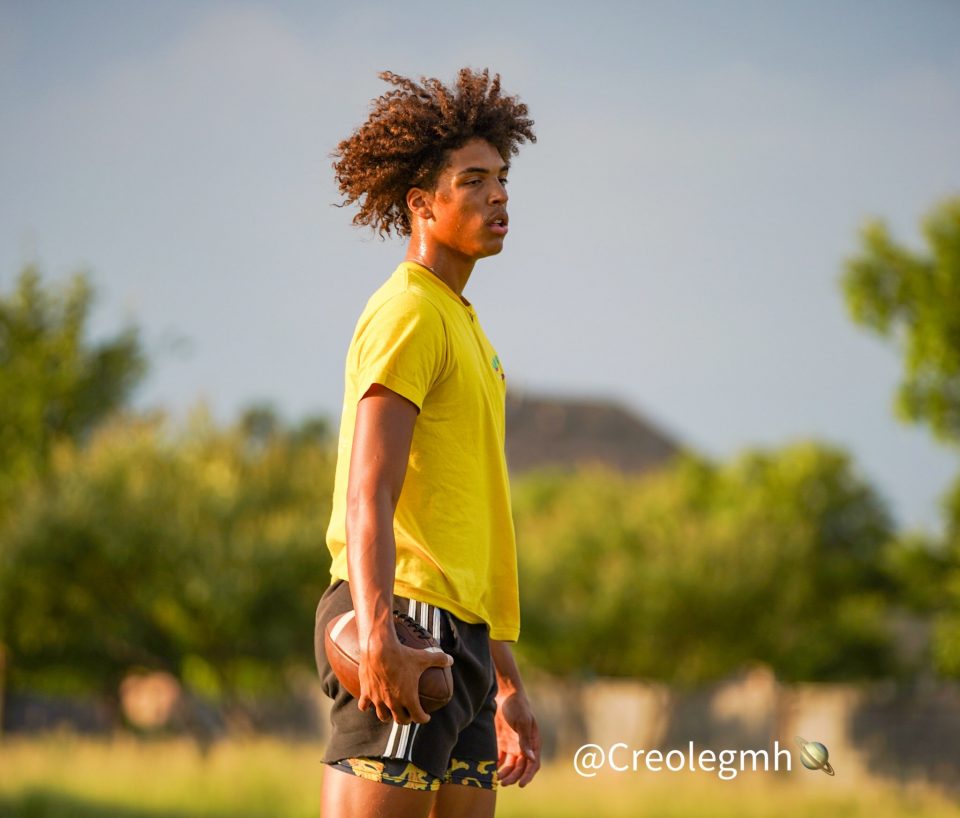 One of the many things that were either canceled or postponed due to the COVID-19 pandemic was March Madness.

The 2020 NCAA Division 1 Men’s National Basketball Tournament was canceled shortly after the NBA decided to postpone its season. One of the preemptive favorites to win the whole tournament was likely number one overall seed and Big-12 regular season winner, Kansas.

Kansas is a national powerhouse when it comes to collegiate basketball. One player on that Kansas team, Jalen Wilson. Wilson is from Denton Guyer where he was a four-star commit via the 247Sports Composite. Ranked as the eighth-best player overall in Texas, he decided to take his talents to Bill Self and the Kansas Jayhawks.

Wilson, has athleticism running in his DNA as he left his brother behind in Denton. Jace Wilson is turning heads everywhere now.

“It’s great to have a brother that knows the inside and out of the recruiting process to help me along my time,” Jace Wilson said.

The 6’4 185-pound younger Wilson is a 2022 wide receiver for Guyer. He recently just received his first offer to play football at, you guessed it, Kansas.

“my momma is my biggest inspiration to my success,” the younger Wilson said.

Jace Wilson like his brother plays basketball for Guyer yet also specializes in football. Guyer last season in basketball finished 28-5, getting eliminated in the area round of the 6A playoffs to Richardson. In football, Guyer finished 14-2, making a run all the way to the 6A D2 championship game where injuries plagued them as they fell to Westlake 24-0.

Wilson didn’t receive much varsity time last year as a sophomore. Expect him to be a huge part of Guyers offense especially with this being star quarterback, Eli Stowers’ final year.

“To win a State Championship and to just get a great season out of it with my team and coaching staff,” Wilson said.

Jace Wilson, despite his lack of playing time, has all the talent in the world. It comes as no surprise that he already has an offer waiting for him and many other programs interested.

He’s used this time with this pandemic to strengthen his relationship with coaches out there who might want him in the future.

“It’s been great being able to talk to these coaches and get to build new bonds and great relationships and it is also a great learning process,” Wilson explained.

Jace Wilson is going to be a machine for Guyer in 2020. They just lost one key offensive weapon in Kaedric Cobbs. Now, they’re gaining one of the most talented wide receivers in the state with Jace Wilson.

Expect this kid to be ‘mossing’ defenders for the next couple of years in Denton.

“I love to play the game of football and that I also have a love for the game of basketball. I’m a fun goofy guy to be around. I love to be with my family and friends. I’m just a chill dude that loves to compete with anything I do,” Wilson wants fans to know.