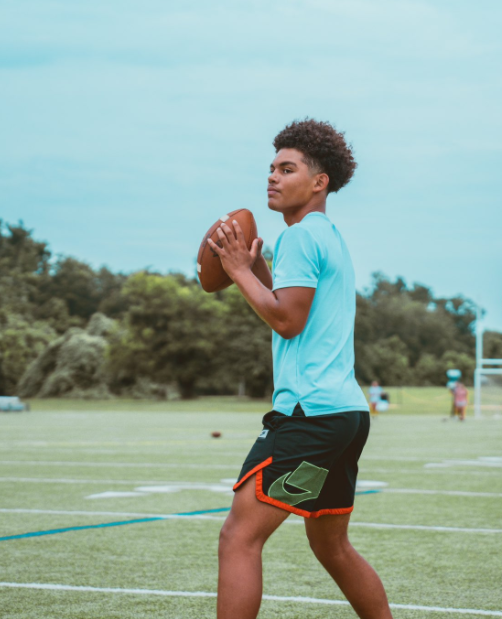 Furman just landed its first commit for the 2021 class. Star quarterback from Del Valle, Jace Wilson, on July 3 announced his commitment to the South Carolina school.

“They told me from day one that I’m their guy and the education and degree I will walk out of there with will definitely take me places further than football,” Wilson explained. When I took my visit, I loved everything about it and so did my dad. This season will be easy just focusing on me taking my team as far as we can go.”

Wilson chose Furman over Arkansas-Pine Bluff and Texas Southern. The star quarterback is a 5’10 170-pound dual-threat quarterback who last year was named the district 25-6A offensive newcomer of the year.

Wilson completed more than 65% of his passes last season for 2,467 yards and 27 touchdowns to just six interceptions. He also ran for 207 more yards and four touchdowns. Wilson led Del Valle to a 5-5 record. Unfortunately, they were stuck in a district with Lake Travis and Westlake which led to them being left out of the 6A playoffs. Despite this, he led Del Valle to the tune of 42.3 points per game.

“My success is all from my dad!” Wilson exclaimed. “He is my coach, best friend, motivator and I’ve been with him almost every day of my 17 years.”

The Furman Paladins got its first 2021 commitment with Jace Wilson. Wilson still has one more year in Texas to put up some video-game numbers but is excited to be the first of many for Furman.

“Fans should know I’m an exciting player! I’m Electrifying and will be the face of the program on and off the field! I love to win!” Wilson said.

Jace Wilson is one of the most underappreciated quarterbacks and athletes in the state of Texas. Furman is lucky that they pounced on him before someone else did.