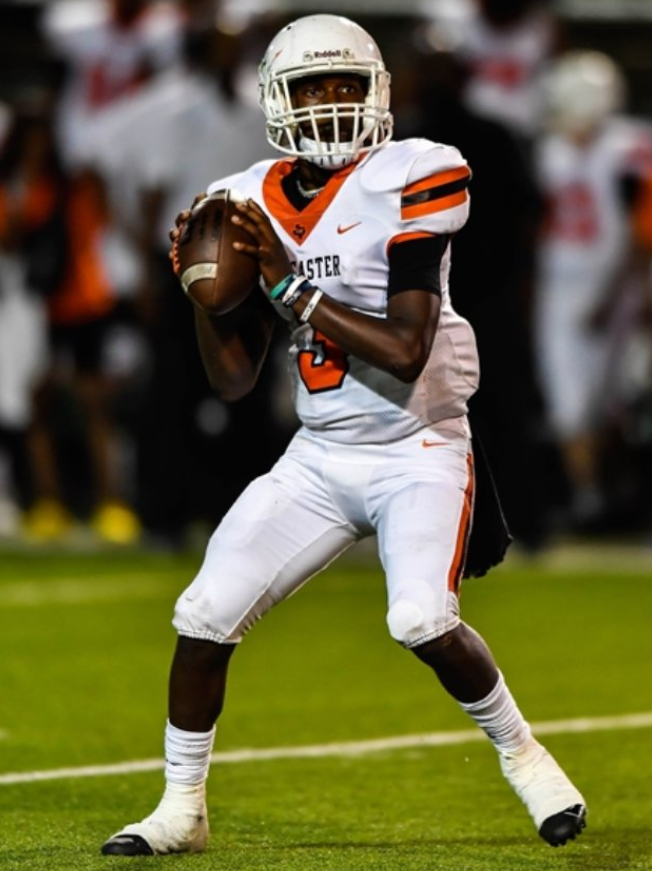 Lancaster is one of the most impressive athletic programs that we gave in the state in Texas. The 5A school first opened up in 1905 and while they haven’t reached the pinnacle in football they still are dominant across the board elsewhere.

In basketball Lancaster has been absolutely dominant as of late. They’ve won three state titles, all coming within this past decade in 2010, 2015, and 2016.

This year, they very well could’ve made it number four as they reached the state semifinals in 5A for basketball before COVID-19 reared its ugly head and canceled the playoffs. In football, Lancaster is always relevant.

In 2012 they were the runners-up in 4A D2 to Cedar Park. In 2019, they made it to the state quarterfinals in 5A D1. Their playoff run was one of the most impressive ones in the state. That was largely due in part to the star quarterback, Glenn Rice Jr.

Rice Jr. is simply put, one of the best young dual-threat quarterbacks in the state of Texas. The 5’10 170-pound signal-caller was named the District 6-5A-I Offensive Newcomer of the Year as a sophomore. He led Lancaster to an 11-3 record whilst putting up over 45 points per game.

Rice Jr. completed 63.5% of his passes for 2,578 yards and 29 touchdowns to just six interceptions in his first year as a starter. He also ran the ball for 349 yards and four touchdowns.

“Well from all the hard work I’ve put in the main product I get is very high stats all around the board and playing my role as a leader better,” Rice Jr. said.

Rice Jr. is doing the best he can to stay in shape during this quarantine. He looks to repeat his initial success in year two.

“I have a weight bench with 150 pounds in total so I get my weight lifting and I have a track by my house so I also get cardio in,” the speedy quarterback said.

Lancaster is one of the deadliest teams in 5A this upcoming season. With Rice Jr, running back DQ James, and wide receiver Majik Rector, they make up one of the fastest offenses in the state. No one is keeping up with these three.

Glenn Rice Jr. loves his team and his weapons and is excited to see what he can do with them in 2020.

“My goal is to score every single drive the whole season, I’ll be the first quarterback to ever do it,” he said.

Lancaster had one of the most impressive playoff runs last year. No game was a walk in the park by any means, they made extremely competent teams look like they don’t even belong. They defeated The Colony, Mckinney North, and Independence by a combined score of 136-67. The only thing that stopped them was Marvin Mims, Garret Rangel, and the undefeated Lone Star Rangers. Even then, they made it competitive losing only 38-20.

Lancaster is the team to watch in 5A this year. In a region with Ryan, Lone Star, Longview, and Highland Park don’t be surprised if it’s the Lancaster Tigers who roar and come out victorious in that deadly region.

Glenn Rice Jr., DQ James, Majik Rector, and others are hunting for prey in 2020. Watch out.

“My fans should know I’m going to put my city on my back and ball out for them no matter what!” Rice Jr. emphatically said.