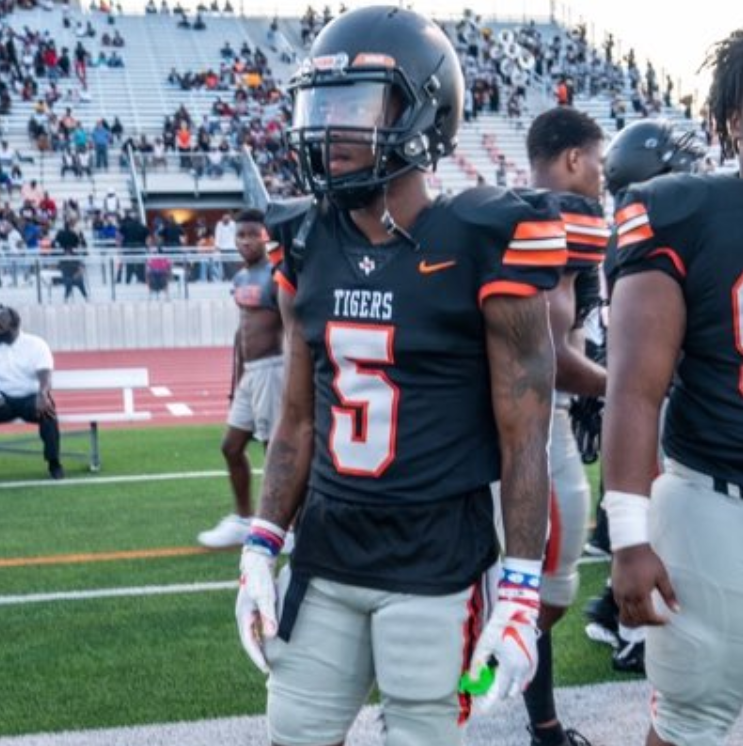 One of the most stacked teams heading into 2020 is the Lancaster Tigers.

5A though is absolutely brutal. Particularly in region II. That region consists of arguably five of the best teams in the state of Texas in Ryan, Lone Star, Longview (who drops down from 6A) Highland Park, and Lancaster.

Each team comes into 2020 with high hopes but, only one can make it out of the region. Lancaster for what it’s worth might be the fastest team in all of football this year.

DQ James may only be 5’7, but the Hawaii commit can absolutely burn you at any time. Last year on just 88 carries he ran for just under 10 yards a carry. James also has a personal record of 10.83 in the 100-meters and before the season ended James and Lancaster ran the top time in the 4X100-meter relay with a 40.65.

Pair him with wide receiver Majik Rector? And oh man it’s a wrap. Rector has playing varsity ball since he was a freshman and has been making defensive backs pay for judging his height ever since.

Rector stands only 5’10, but wow does he make up for it everywhere else. Rector on the field plays with the ferocity of a tiger and speed of a cheetah. Last year he accounted for 44 catches for 565 yards and six touchdowns. For his career, he’s caught 100 passes for 1,201 yards and 12 touchdowns.

“My success is because of my hard work and my parents never allowed me to accept mediocrity. Expecting me to always chase greatness. My wide receiver trainer Margin Hooks has been very instrumental in my success as well. I was a running back, he taught me the skill set of a wide receiver. Also, Ronnie Braxton, he has me doing one-on-ones and 7v7 against NFLer’s like Chris Harris and Davontae Harris and many other NFL defensive backs that he trains. That allows me to put what Coach Hooks teach’s to work. Finally, coach Gilbert, coach Harris, and coach Rob,” Rector explained.

Rector committed to Kansas after his sophomore season. He says a huge reason for that, was Kansas wide receivers coach, Emmett Jones.

“Emmett Jones. I met him at a Texas Tech High School Camp I was the only middle schooler there. He was real with me and has continued to be real with me. Then Coach Miles he’s coached some great wide receivers that have had great success on the next level,” Rector said.

Lancaster in 2019 with sophomore quarterback Glenn Rice Jr. had an outstanding season. They finished 11-3, making a nice run in the 5A D1 playoffs to the quarterfinals. Early in the season, they had a month-long stretch where they outscored opponents 270-0. They also took Highland Park to overtime. Once in the playoffs, they knocked off The Colony, Mckinney North, and Independence before running into Frisco Lone Star.

Lancaster despite being in a brutal region that now includes Longview and Ryan looks to make a run in 2020. Rector and his team want to do it for their fallen teammate, Edward Jackson. The senior defensive tackle was tragically killed in a car accident Monday afternoon.

“Our teammate and brother Edward Jackson passed away Monday so definitely L for State for Lil Edward,” Rector said.

Majik Rector is a three-star wide receiver via the 247Sports Composite. He’s ranked as the 176th best player in Texas and 168th best at his position in the nation for the class of 2021. You can easily make an argument he’s better than that. Rector ks beyond impressive on and off the field. A kid who truly embodies what it means to be a Lancaster Tiger.

Rector has a simple message for all his doubters.

“Don’t worry about my size just know I’m a dog!”