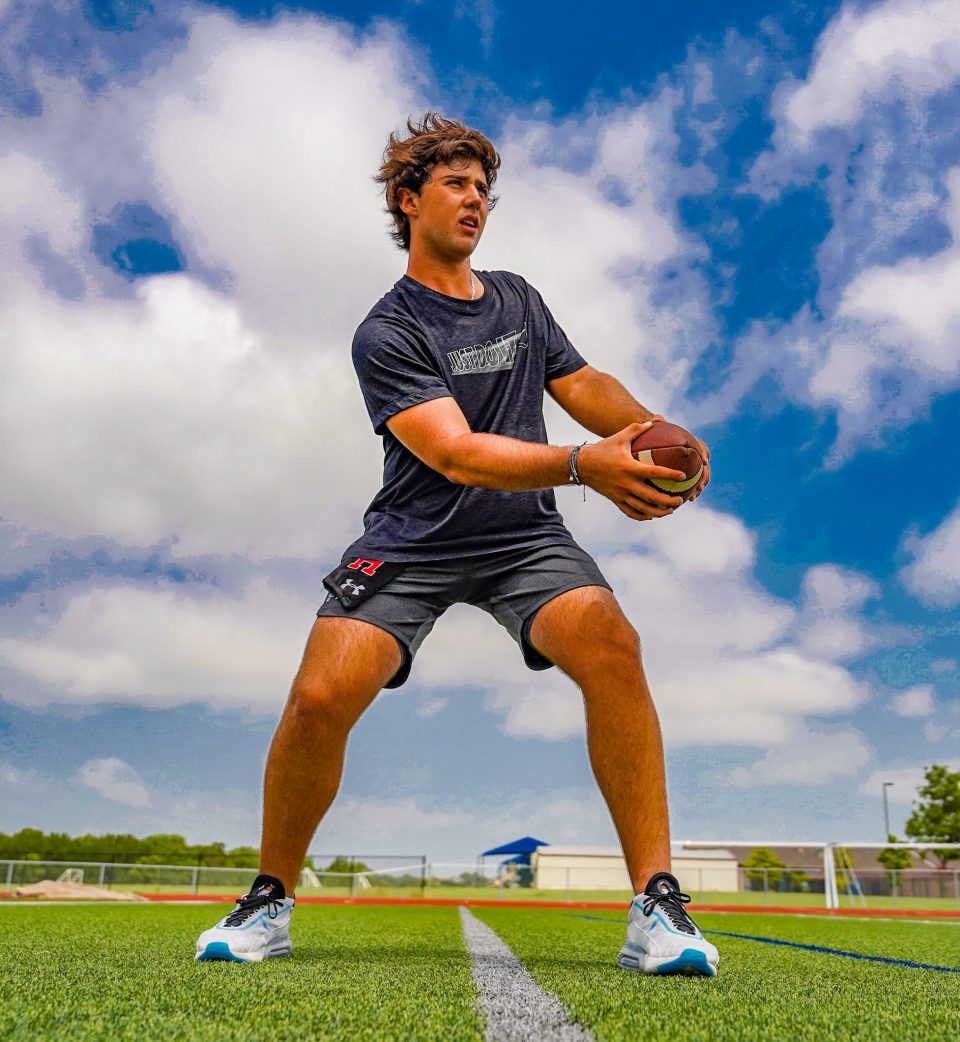 Rockwall-Heath High School was first opened in 2005. Since then they’ve been to the playoffs seven times. In 2008, Rockwall-Heath even defeated Highland Park to finish 10-0 in the regular season.

That 2008 season they finished 13-1. It is the best record in Rockwall-Heath history.

The future is as bright as ever though for the Hawks and it’s extremely plausible to say that they might even be able to surpass that 2008 season. Why? Soon to be junior quarterback, Josh Hoover.

Hoover started all 10 games for the Hawks last season as a sophomore. Despite the .500 record, Hoover had an exceptional statistical season. He threw for 2,926 yards with 32 touchdowns to just seven interceptions on a completion percentage of 61%.

“I think just practice and repetition and the ability that God has blessed me with,” Hoover said on what leads to his success.

Hoover started every game for the Hawks as just a sophomore. Similarly, Braedyn Locke of Rockwall also started every game as a sophomore in 2019. It’s becoming more and more common to see these elite athletes, especially at quarterback, starting very early on in their high school careers.

“It was a great experience,” the 6’2 205-pound quarterback said. “I was blessed to have good players around me and some great coaches who have had experience in the offense.”

Hoover since his breakout sophomore season has been hot on the recruiting trail. He’s fielded offers from Arkansas, Illinois State, Incarnate Word, and North Texas.

“It’s definitely been different something that you never really expect to happen. But it’s been cool to see the way coaches are still trying to reach you and recruit in such a difficult time,” Hoover said on his recruitment.

Rockwall-Heath despite going 5-5 in 2019 has it a little easier in 2020. They remain in 6A, their district remains for the most part completely unchanged. The one difference, no more Longview. Longview, 2018 state champions, move down to 5A D1 making room for Dallas Skyline to join the Hawks district.

Hoover and Heath also gain the services of 2022 wide receiver Jay Fair from Sachse. He could serve as the guy for Hoover for the next few years.

Hoover now has a full year of confidence on his belt and no more Longview in 2020. Hoover thus has high expectations for 2020.

“For us, the goal is nothing less of a state championship. I think we have a very talented team and we’ve worked extremely hard even through a difficult time. I couldn’t be more proud of the way our team has responded to this adversity,” Hoover said.

2019 was the year of the sophomore quarterback. Between Quinn Ewers (Carroll) Braedyn Locke (Rockwall) Garret Rangel (Lone Star) and Hoover, the DFW area looks as bright as ever for young quarterbacks.

“I’m just a guy who’s always going to try and make it about the team and never really make it all about me. I just want to win games,” Hoover said.

Newman Smith and their Quest to Perfection