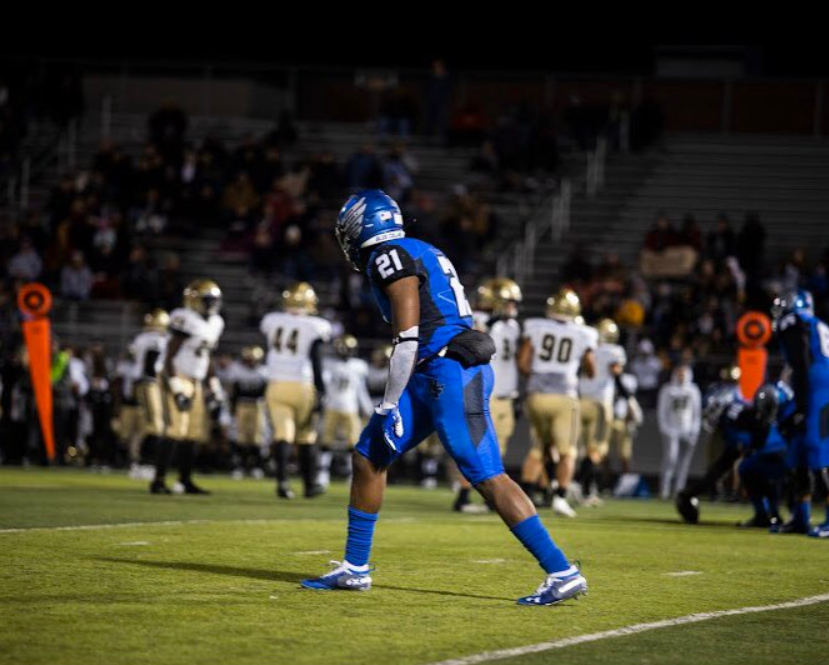 Nevada has been making a huge push to land commitments in their 2021 class from the lone star state. Since the beginning of May, they have landed four Texans.

They landed number four yesterday. North Forney running-back Ty’Rondric Collins announced via his social media that he would be committing to Nevada.

“Great program (Nevada) coaches really wanted me from the first FaceTime call and it’s a place I know I will feel comfortable going,” Collins said.

“The recruiting process has been fairly good for a late bloomer such as my self. I can’t complain, I’m blessed to be in the position I am in today being one of the early committing guys,” Collins said.

Collins is a two-sport athlete also doing his damage on the Track. He played his sophomore season at Dallas Lincoln but came to North Forney last year. What a good call that was.

Because in 2019 he ran for 1,228 yards and 14 touchdowns on over seven yards a carry. Collins with this was named to the first-team all-district team.

“Just being humble throughout the whole recruiting process. Not getting down on my self when knowing offers weren’t rolling in, stayed grounded worked even harder,” Collins said about his success.

Although North Forney went 7-3, they finished 5-3 in the district. This meant that they just narrowly missed out on the 5A D2 playoffs.

“This is a state championship team,” Collins said. We really have something to prove. Last year we fell short with 7-3 and no playoffs, can’t let it happen again. The coaches work too hard so everything we will earn they all deserve we owe it to the north side community.”

Ty’Rondric Collins has been a machine in the backfield for the Falcons. He helped them score 45 points per game last year, won seven games and still somehow missed the playoffs. You better believe that history won’t repeat itself here.

“I come to work hard every day to keep them (the fans) around. I feed off there energy and I can promise every time they come to see me play they won’t leave with any doubt in there mind I didn’t give my all,” the star running back said.