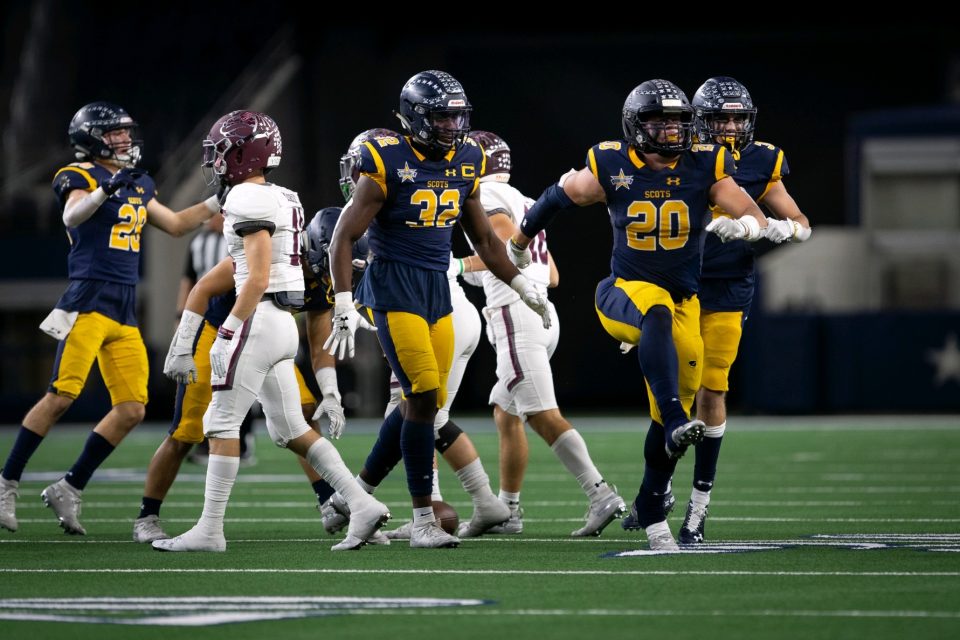 One of the defensive leaders for the Highland Park Scots shut down his recruitment on Friday. Linebacker, Patrick Turner announced that he would be committed to Navy.

Turner announced one week ago a top-five of Arizona, Army, Buffalo, Navy, and Syracuse. One week after that, ha made it official, He’s going to Navy.

“It was the perfect blend of high-level academics and high-level football I was looking for,” Turner said.

Turner via the 247Sports Composite is a three-star commit. He’s listed as the 70th ranked inside linebacker among 2021 recruits and number 228 overall in the state of Texas.

Turner, a junior, has been named to the all-District team twice and even won a state championship with Highland Park as a sophomore.

“It’s a unique experience and I’m so fortunate I get to play such a high level of football in high school,” Turner explained.

Turner, who’s listed at 6’2 and 220-pounds, possesses great size and speed for an inside linebacker. He’s currently Navy’s highest-rated commit for the class of 2021.

“Hard work, dedication, and being at such an elite program like Highland Park,” Turner said on what leads to his success.

Highland Park, by their standards, had a disappointing season in 2019. From 2016-2018 the Scots had won three consecutive state championships. The Scots are a state powerhouse under legendary head coach, Randy Allen.

In 2019 though, they finished 11-2, losing both games to Frisco Lone Star including in overtime of the third round of the 5A D1 playoffs inside of Jerry world.

Turner hopes to turn it around in 2020 and end his high school career with a bang.

Turner joins Plano’s Tylan Hines, as the second Texan to commit to Navy this week. Navy’s 2021 class currently sits at number 118 nationally via 247Sports. Turner’s commitment could go a long way in landing some other stud athletes across the metroplex.

“I’m the nicest person off the field, but on the field, your gonna hate going up against me,” Turner said.