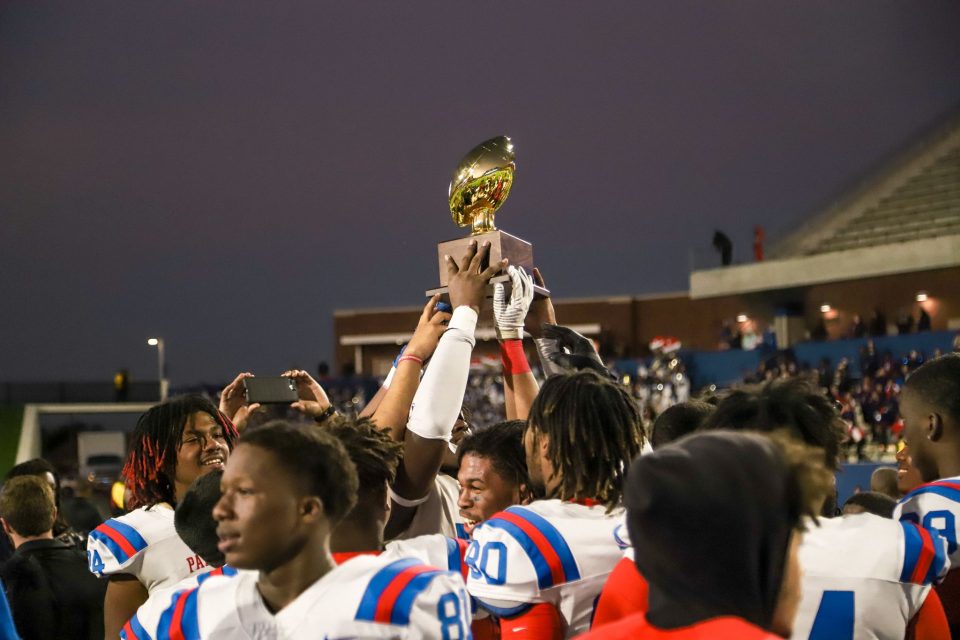 One of Duncanville’s key pieces shut down his recruitment last night. Defensive end, Kevon Ivy, announced his commitment to UNLV.

“I ultimately ended up choosing UNLV because they treat me like family,” the 6’4 240-pound edge rusher said. “I still have a whole year left to play and they showed love all around the staff. On top of that, it’s going to be closer to my family because my mother is a flight attendant based in Vegas so it’ll be closer to her and my younger siblings.”

Ivy is a key cog in the machine that is Duncanville football. He’s a three-star commit via the 247Sports Composite. Based on those rankings he’s the 68th ranked player at his position for the 2021 class and the 168th ranked player in the state of Texas overall.

“I feel like my success hasn’t really begun yet but I feel like I’ve made it this far because of hard work and being dedicated to my coaches and fellow teammates. Just being around my brothers makes me want to just go harder because I want to fight for my team just like it is vice versa. I know I wouldn’t be where I am and in this position, if it wasn’t for them,” Ivy explained.

Duncanville has famously fallen to North Shore in back to back years in the 6A D1 state championship game. Two years ago it was the heartbreak of a hail mary, last year injuries, most notably to quarterback Ja’Quinden Jackson caught up to them.

Ivy looks for 2021 to be his and Duncanville’s year.

“I think the goal for us this season is not to only get back to AT&T in December but to walk out of there as better men, better players and turning us into the champions we all know we can be,” Ivy said.

Ivy is the first Texan to commit to UNLV’s 2021 class. He’s the eighth overall commit for them as with his commitment UNLV now boasts the 85th ranked 2021 class nationally and the fourth-best in the Mountain West.

“I feel like they should know that my goal in what I’m doing is to not just walk around a campus with UNLV on it but to make my time wearing it memorable. I want them to know that I stand for more than just football and I want to help be apart of the reason why the world becomes a better place. I’m going to put the city on my back and take it the long way,” Ivy said.