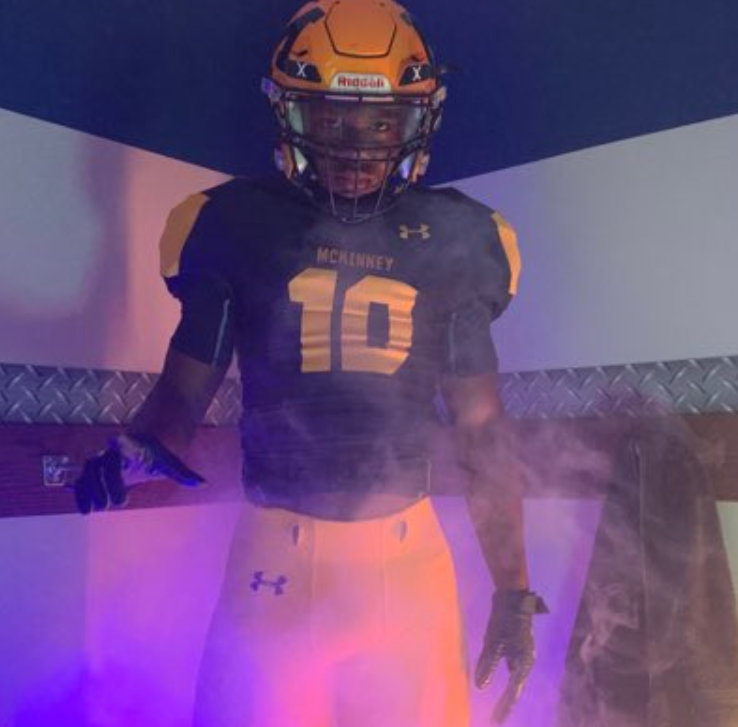 One of the most underrated prospects in Texas announced on June 17 where he will be playing college football at.

After helping Mckinney reach a 7-5 record, including clutch performances against rival, Mckinney Boyd to get into the playoffs and then again against Naaman Forest to win a playoff game, safety Adrian Shepherd made it official. He will be heading north to Pullman, WA to play for Washington State.

“First of all, what led to me committing was the amount of true interest Washington State, not only coaches, but fans showed in me. I feel welcome and I can see myself building a second family there,” Shepherd explained.

Shepherd is a three-star recruit via 247Sports. He’s the 114th ranked safety for the 2021 class and the 229th ranked player in the state of Texas.

Shepherd had a game to remember against rival Mckinney Boyd. The Lions of Mckinney went into that game with a 5-4 record and needing a win to get into the playoffs. At one point they were 2-4 but rattled off four consecutive wins to make it to the big dance.

In that game, Shepherd had two interceptions including the pick to seal it. He finished his junior season with 94 tackles, four for a loss and three interceptions.

“What leads to my success is the amount of dedication I put into every little move I make,” Shepherd said.

Mckinney in 2020 will have things a little harder. Due to the UIL realignment, they are now stuck in a district with Allen, Braswell, Guyer, and Prosper, all of whom made the playoffs last year. Nonetheless, Shepherd is still confident that his senior season will be a success.

“The goal for Mckinney is to always take a step forward from the last year. But, state champs is always on our mind,” Shepherd said.

Washington State, especially in recent years, has been known for its high octane offense. Under Mike Leach, they’ve been one of the most electrifying offensive juggernauts in the country. WIth Leach now taking his talents to Mississippi State, Washington State has quickly addressed its defense with the commitment of Adrian Shepherd.

Shepherd becomes the fourth defensive commit for the Cougars 2021 class.

“The fans should know that this is the beginning and I’m not going anywhere but up from here,” Shepherd said.