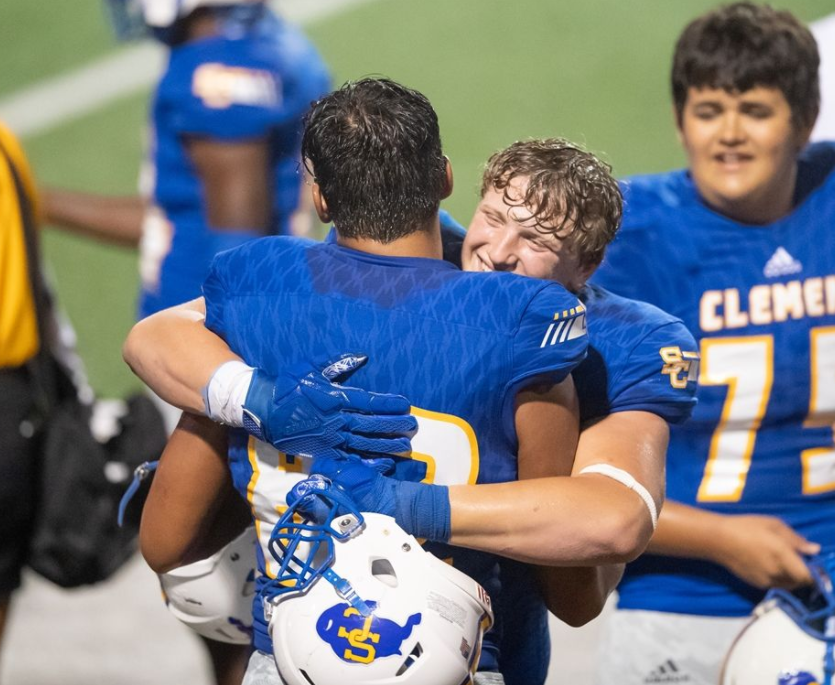 “What led me to commit to Arkansas State was how coach Coughlin didn’t just talk to me he wanted to talk to my family and how he was always checking up on me,” Andrews said.

Clemens has been on the upswing recently as this past season they won 10 games, their most since 2015. More impressively, they went undefeated in district play. They defeated powerhouse Judson 34-30 in the final game of the regular season to cap off their regular season at 9-1.

They defeated Bowie 27-17 in bi-district play but then fell to undefeated Brandeis 35-21 in the area round which ended their season.

With Andrews at tackle, Clemens averaged 33.5 points per game.

“My success comes from my attitude you can’t have a bad attitude and succeed you have to attack the day with the right mindset,” Andrews said.

Andrews is the second Texan to commit to Arkansas State’s 2021 class. He joins three-star quarterback, Wyatt Begeal, and will now be blocking for him for years to come. Andrews and his Clemens squad defeated Begeal and his Steele Knights this past season 28-23.

Jackson though still has one more season at Clemens before he moves on to Arkansas State. They have one goal in mind for 2020.

“Fans should know that I’m 100% committed and that I’ll do everything I can for the team,” Andrews said.