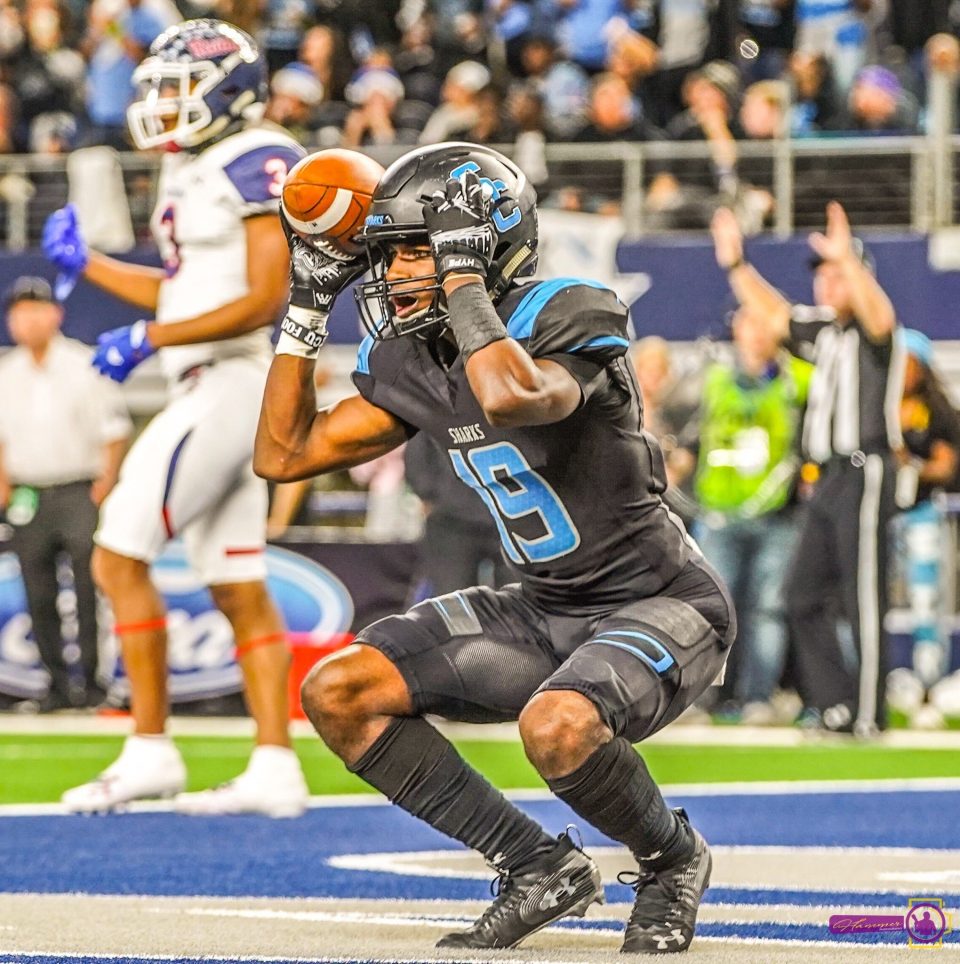 Last December in one of the best games of the football season, Shadow Creek won the 5A D1 State Championship against Ryan by a score of 28-22.

The game was action-packed and filled with everything from trick plays on kickoffs, to a punt return touchdown, to the late-game drama that ended on a last-second hail mary attempt that almost went Ryan’s way. The game also featured some of the best talents in the state of Texas, a lot of which will be back this upcoming season.

With that, a lot of the big names from that game are currently going through the midst of the recruiting process while in quarantine. Kyron Drones, Shadow Creek quarterback, recently announced via twitter that he will be committing to Baylor in 2021. Now, it’s his top wide receivers turn, Carlton Guidry.

Guidry is a three-star recruit via the 247Sports Composite and was one of the top receivers for the Sharks last season. Guidry caught 25 balls for a ridiculous 612 yards and nine touchdowns last season. His 24.5 yards a catch was easily a team-high for the state champions.

Guidry since winning a state championship has been keeping himself busy with recruiting. The speedster has received 18 offers from D1 powerhouses like Tennesee and Arizona all the way down to smaller schools like Illinois State and Texas Southern.

He has recently though, narrowed down his recruitment to his top-three schools, Nebraska, Texas Tech, and Houston.

“They give me that at home feeling,” Guidry said on why he picked those three.

Nebraska and Texas Tech each only have one wide receiver commit for the 2021 class while Houston has none. There’s no doubt that Guidry, who also can run a 10.84 100-meter and a 21.96 200-meter, will provide a huge boost to whichever offense he chooses to play for.

As for now, Guidry has one year left in Pearland and has a few simple goals for his senior season.

“Get better, get faster, go win another state championship.”