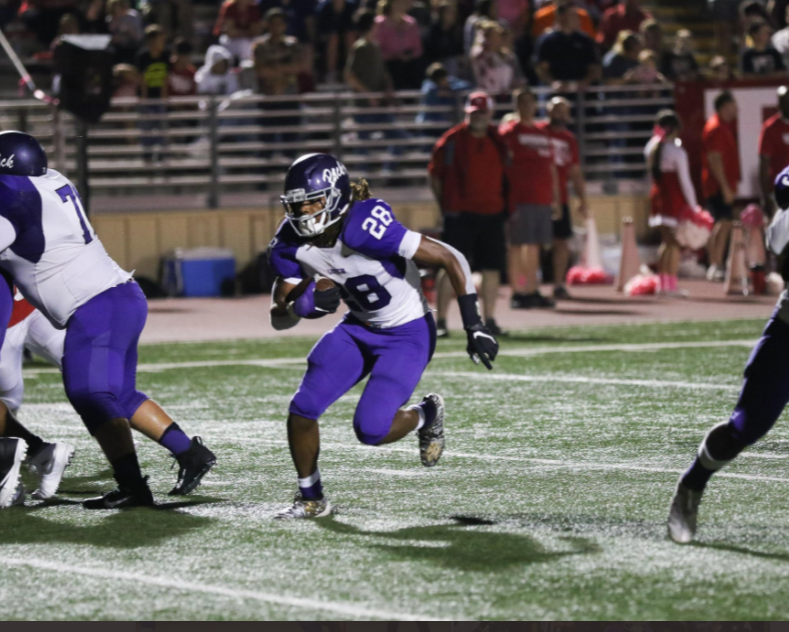 Jimmy Lake has been on Petersen’s staff since Petersen was at Boise State. Petersen brought Lake over to Washington and with the Huskies Lake has served as defensive backs coach, passing game coordinator, and defensive coordinator. Now, in 2020 he will be taking over reigns as head coach.

One of his first recruiting classes, 2021, is coming into form nicely. Currently, they sit at number 33 nationally via 247Sports and number three in the Pac-12.

This includes Sam Huard, the ninth-ranked player overall in all of 2021 via the 247Sports Composite. Just as big as quarterback Jake Browning was to Petersen and Washington’s success, so was running back Myles Gaskin. Lake has found his new Browning in Sam Huard, now he may have found his Myles Gaskin in the form of Lufkin running back, Caleb Berry.

“I felt loved by the coaches and I wanted to be apart of a winning program. I love everything they have to offer me,” Berry said.

Berry chose the Huskies over Arkansas, Houston, Nebraska, Texas Tech, and Washington State among others.

Caleb Berry is a three-star commit via 247Sports. He’s the 43rd ranked running back in his class and overall the 111th ranked player in the state of Texas.

As a junior last season, the Lufkin star had 874 yards and 15 touchdowns on five and a half yards a carry. He also earned district 8-5A D1 second-team honors.

“How hard I worked and hanging with the right group of people,” Berry said on what he attributes his success too.

Lufkin, opened up the regular season last year with a three-point loss against reigning state champions in 6A D2 Longview. They then went 9-0 the rest of the way en route to winning their district. Once in the playoffs though, they stumbled in the first round to Texas High School at home 41-35 in double overtime.

“Being the best back I can be. Showing people why I should deserve another star and why I’m slept on,” Berry said on the goal in 2020.

Berry will join four other Texans who are now Huskies. Defensive lineman Levi Onwuzurike, offensive lineman Victor Curne, linebacker Cooper McDonald and Jay’veon Sunday, a runningback from Texas in their 2020 class. Berry is the lone Texan in the Huskies 2021 class.

Head Coach Jimmy lake is off to a great start in terms of recruiting in his coaching career. Caleb Berry is one of the best at the position that Texas has to offer.

I am a hard worker and I love the game of football,” Berry said on what fans should know about him.

Week 5 – Professor’s Picks: Every game in North Texas in 6A-2A