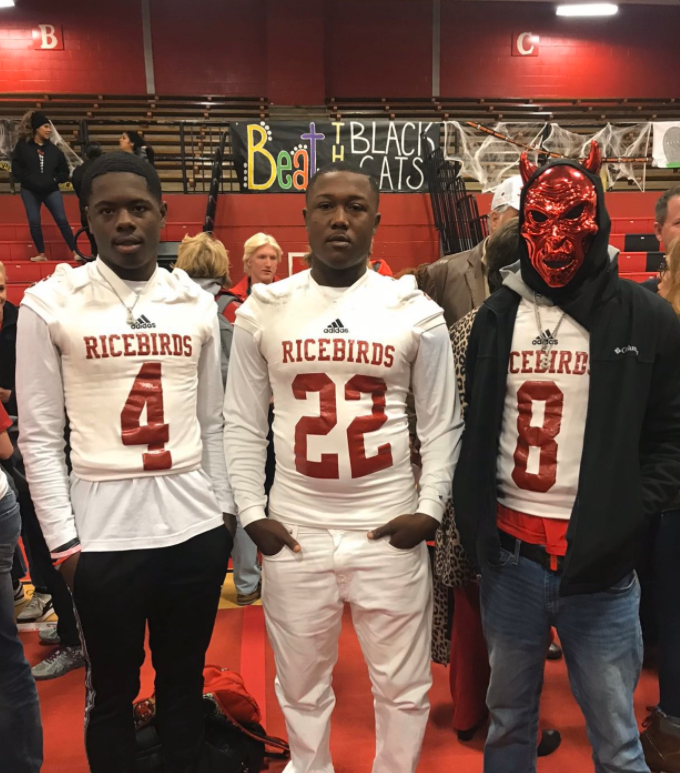 Last week, the top prospect in the state of Texas, and the nation, Quinn Ewers committed to Texas. The class of 2022 quarterback had an exceptional sophomore season for Carroll that propelled him to the number one spot.

Now, it’s the class of 2023’s turn. 247Sports recently dropped their top 100 and the top player in Texas is none other than El Campo’s running back, Reuben Owens.

“It’s a great feeling and I’m blessed, plus it an honor being that Texas is the Mecca of High School football. But, this is only the beginning I’m coming for number one in the nation,” Owens said. “ I Appreciate it 247Sports for the rankings that’s just more motivation.”

Owens last year for El Campo was the District 13-4A-1 Newcomer of the Year again as a freshman. He ran for 1008 yards and 10 touchdowns.

“My Father, trainers, mentors, coaches, and family that help me keep pushing for my goals and dreams. The work ethic I have that my father Instilled in me, that’s what leads my hunger for success,” Owens said on his success.

Owens and El Campo after missing the playoffs in 2018 responded with a third-round playoff appearance in 2019. El Campo went 10-3 en route to scoring over 30 points per game on average.

“Our goals as a team is to win district plus bring home the state title. As for me I just want to be the best teammate I can be and do whatever I can to help my team reach our goals,” Owens said.

Owens is part of a three-headed monster at El Campo. He along with Charles Shorter and Johntre Davis combined for 3,881 rushing yards and 51 rushing touchdowns last season.  Fortunately, 1A-4A football is starting on time meaning El Campo starts their season in just a few weeks.

Owens knows it’s going to be different with little to no fans but is still ready for the 2020 season to get underway.

“I think it sucks that we can’t have fans but I understand, with or without fans it’s still football so I will be alright,” Owens explained.

Owens after his extraordinary freshman campaign and now off-season hype of being the best player in Texas for 2023 has picked up quite a few offers. Arkansas, Auburn, Baylor, Florida, Georgia, LSU, Oklahoma, Penn State, and Texas among others have throw offers at Owens.

“Recruiting has been fun and slow at times but I’m enjoying every moment. Taking my time and building relationships and just learning about the schools that have offered me,” Owens said.

Expect Rueben Owens to be embarrassing defenses for years to come. The best player in Texas still has three years to go here at El Campo before moving on to division one football. Owens has a message for all his fans that have bee following him and will follow him in the future.

“That I love all the support that they show me on social media, I really appreciate it everyone that follows or keeps up with me I truly appreciate it.”