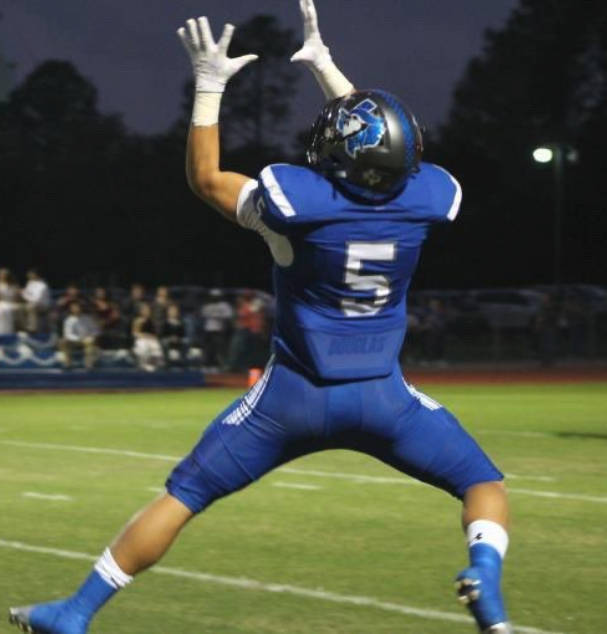 Needville last year had a great season going 10-3. They lost to Ace Whitehead and Lampasas in the third round of the 4A D1 playoffs and also lost all-state runningback Ashton Stredick via graduation.

When one door closes though another one opens. Needville found the perfect replacement with Walker Warncke as he had a massive game as Needville defeated Livingston 36-35.

“Getting our first win of the season on the first game is always huge for our team. Every week we strive to keep the streak going and momentum rolling,” Warncke said.

Warncke was unstoppable on the football field for Needville. On 22 carries, he ran for a total of 171 yards and four touchdowns. Last season, Warncke did it all for Needville as he combined for 670 yards of offense with eight touchdowns. On defense, he racked up 82 tackles with four interceptions.

Warncke though just wants to win.

“I was just determined to get the win. My coaches and teammates were counting on me to pull through for the win,” he said.

Despite losing Stredick, Needville returns 15 starters from last year. Needville should prove to be a tough out for anyone in 4A, particularly if Warncke can keep this high level of play up.

“You can expect a physically tough, and mentally strong team that is going to keep that motor rolling until that final whistle blows. The same goes for me as an individual,” the star running back said.

Watch out for Warncke and Needville this season. This was his coming-out party, now he’s arrived, good luck stopping him.

“That every Friday night, you’re going to see me flying around the field giving it 110%,” Warncke said on what fans should know about him.