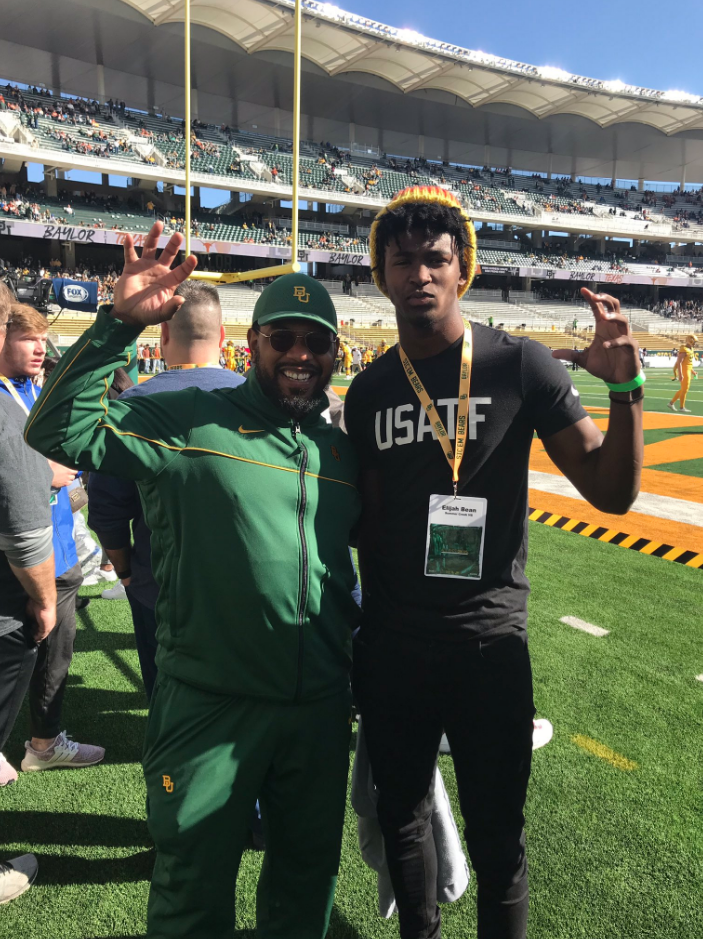 The University of Baylor and new head coach Dave Aranda are off to a great start for their class of 2021.

After a magical season this past year, Matt Rhule decided to take his talents to the NFL and become the head coach of the Carolina Panthers. That however hasn’t stopped players from committing to the Waco based University.

The Baylor Bears currently hold the 17th ranked recruiting class for 2021 which is good enough for second in the Big-12. Among those is four-star recruit via 247Sports, Summer Creek wide receiver, Elijah Bean.

“I chose Baylor because it checked all of the boxes and it was the best fit for me and my family,” Bean said.

“God, my family, and my work ethic lead to my personal success,” Bean said.

Summer Creek is coming off a 4-6 season in which they just barely missed the playoffs. Bean though has high hopes for 2020 and his senior season.

“I plan to have 1,500 yards and 15 touchdowns and a state championship my senior season,” Bean said.

Bean got a chance to visit the Baylor campus when he was invited to watch the Bears take on Texas, a game in which the Bears won 24-10.

Bean also received offers from Utah, Vanderbilt, Harvard, and Arkansas among others. He joins a talented Bears 2021 class that includes some of the top names in the Lone Star state. He’ll be lining up alongside Mansfield Summit’s Hal Presley and Duncanville’s Roderick Daniels Jr. He’ll also be catching passes from state champion and Shadow Creek QB Kyron Drones.

“They should know that I’m super excited about being a bear and I can’t wait to get to work,” Bean said on becoming a Bear.