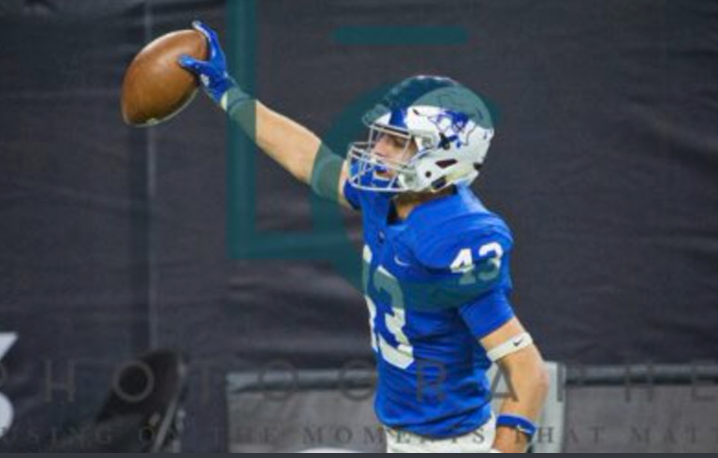 Earlier this year I wrote about Katy Taylor and their incredible post-season run. They finished the regular season a measly 5-5 which included blowout losses like a 69-7 loss from Atascocita and a 49-6 loss to Dickinson.

Once in the playoffs though, and this was a different team. They rattled off four straight wins to reach the state semifinals in 6A D2. Their defense in the first four rounds of the playoffs let up only 22 points per game, a huge improvement from the 32 they let up in the regular season.

One of the leaders of that defense, safety Trevor Woods, has ended his recruitment recently as he decided to commit to Colorado.

“I committed to Colorado because of the relationship I was able to build with the coaches. Along with it being power-5, and it is an amazing place that I also have family living not too far from Boulder,” Woods explained.

This recruiting process was strange for everyone this year as COVID-19 altered the way recruiting is done drastically.

“It’s been awesome and I’ve gotten to learn a lot about many different universities and meet lots of good coaches, but at the same time, I’m relieved that I’ve gotten it over,” Woods said.

Woods via the 247Sports Composite is a three-star commit. He’s ranked as the 68th safety in the 2021 class, overall in the state of Texas, he’s ranked as the 131st best player in his class.

Last year, him and Katy Taylor showed the state what they’re made of. It should be no surprise this season if they can go on another run.

Trevor Woods, any way you cut it, is one of the best safeties in Texas. Colorado is getting a steal with him.

Woods is one 13 hard commits for Colorado now. A 2021 class that ranks 68th nationally via 247Sports. Woods is the highest-ranked Texan, he is joined by guard Jackson Anderson (Mineola) and defensive tackle Ryan Williams (Shadow Creek.)

“Fans should learn that I’m a simple guy that just loves all sports and competing. I’m determined to win in just about everything I do,” Woods said.