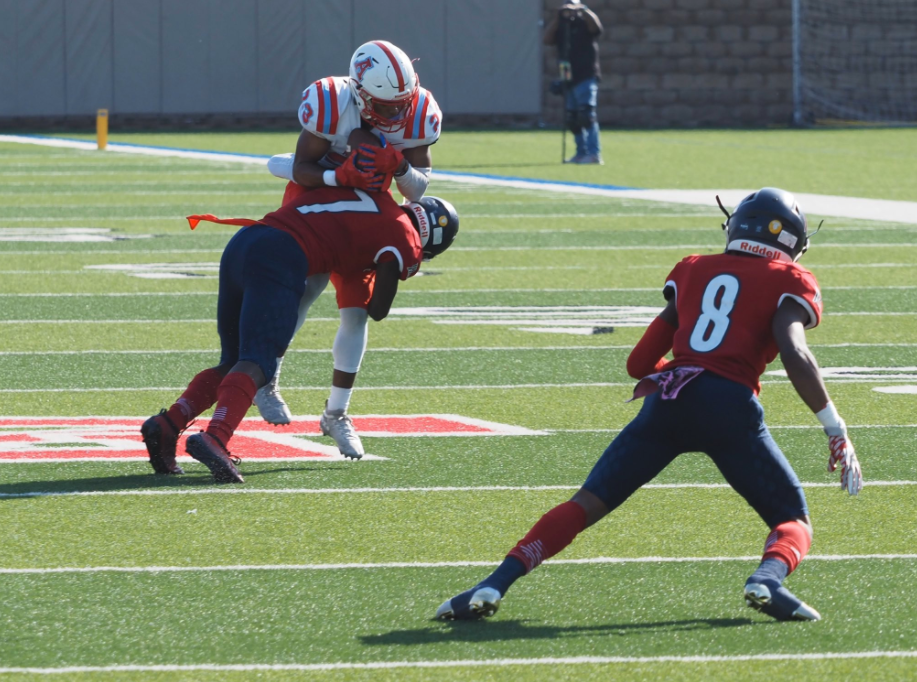 Last year, John Paul II was the best team the great city of Plano had to offer. The TAPPS school entered the playoffs at 7-3 and weren’t seen as a true contender to make a run at a title.

They then rattled off convincing wins against Central Catholic, Nolan Catholic, and Antonian Prep to reach the TAPPS Division one state championship against Parish Episcopal. They would, unfortunately, fall short, but the damage had already been done. John Paul II put the state on notice.

The team has continued that success into the offseason as quarterback Grayson James made the Elite 11 finals and also was named the Bullitt Camp quarterback MVP.

Now, star linebacker, Charles Daniels has shut down his recruitment, committing to UAB over Abilene Christian, FIU, and Missouri State.

“I committed to UAB because I have a really strong connection with the coaches, and I can see myself fitting in their defense perfectly,” Daniels said.

Daniels and the John Paul II defense let up less than 15 points per game on average in their three playoff wins. When it was time to focus, they got the job done. Daniels personally, compiled 42 tackles, two sacks, four passes broken up, and an interception.

“My success comes from all the work I put in when nobody’s watching and always trying to be the best at what I do,” Daniels explained.

“My biggest goal for the season is to win the state championship because we lost in the state game last year,” Daniels said.

Charles Daniels will be a leading force in that John Paul II defense along with leading tackler, Kyle Taylor.

For now, Daniels becomes the first Texan in the 2021 class for UAB.

“Fans should know how much I really love the game of football, and how determined I am to be the best,” Daniels said.