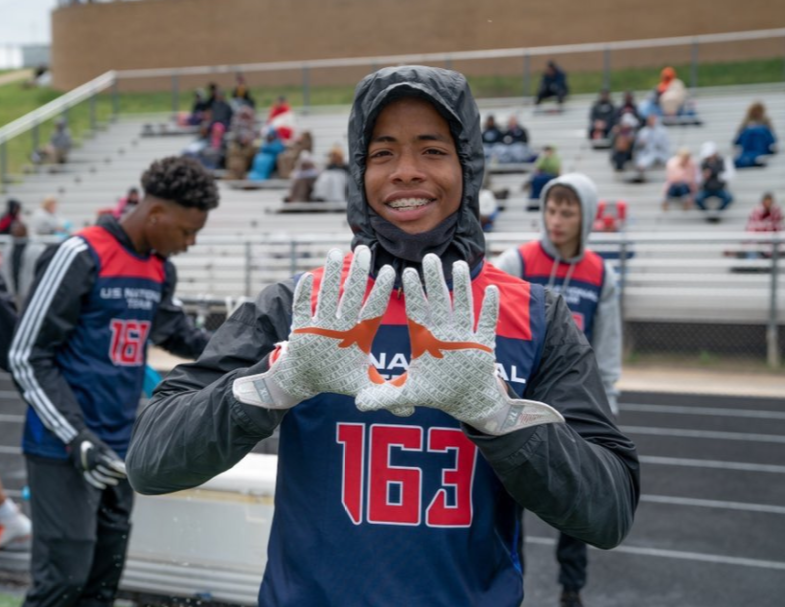 “I felt welcome, I love the coaches energy,” Macias said.

Macias is a three-star safety via the 247Sports Composite from Hempstead High School. He’s ranked as the 104th safety for the 2021 class and overall the 197th player in Texas for that class as well.

After originally committing to Tulsa back in February, he de-committed two months later. He announced a top-five in June via his twitter of Illinois, Louisiana-Monroe, North Texas, Sam Houston State, and Tulsa. He made it official two days ago, he’ll be a Warhawk.

“What leads to my success is my mom. My mom always told me growing up as a kid ‘always be better than me’ and growing up I really don’t understand that because she had the house and the cars and everything else she ever wanted, so I never thought much of it,” Macias explained. “But, as I grew I started to understand what she meant by that so when I was around about 12 I made a promise to my mom that she will not have to pay for college that I was going to go to division one so that was the first man decision I ever made and since then, it’s been all gas no brakes.”

Macias last year with Oak Ridge went 3-7. His senior year, he travels to a 5-5 Hempstead program that missed out on the playoffs last season. He has high expectations for 2020.

“My goal this year in 2020 is to put my team on my back and take them as far as we can go. I can’t make any promises but I will promise that people will talk about Hempstead at the end of this year,” Macias said.

Macias at a .8390 rating via the 247Sports Composite is the sixth-highest Warhawk commit ever and its highest-rated safety. He joins wide receivers Justin Kimber (Mansfield Timberview) and Carl Chester (Manor) as well as cornerback D’Juan Grant (New Caney.)

“Fans should know that I’m a hell of a player. I’ll give everything I got on the field, Wiseman state it is a man’s game and when I step on the field it’s business,” Macias said.

Week 2 Recap: What We Learned