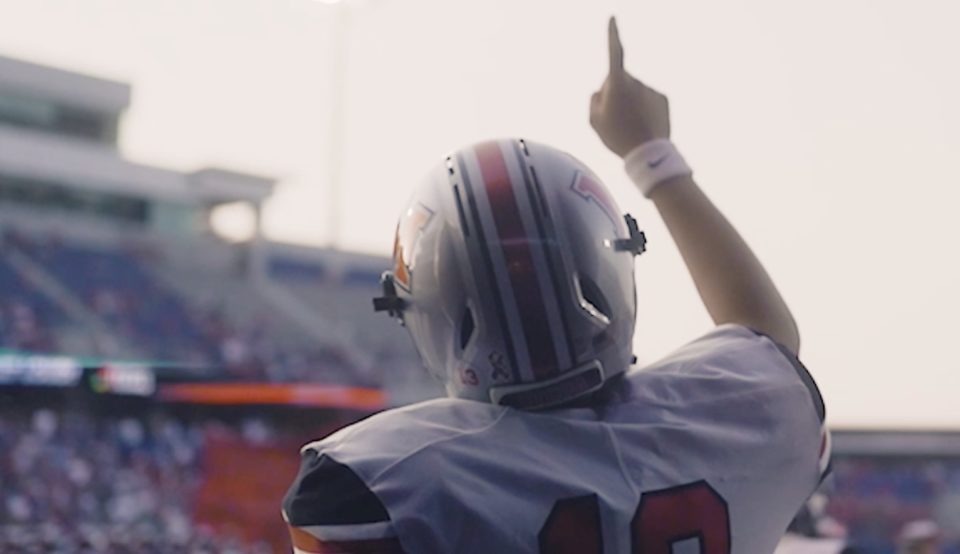 The Elite 11 is the most prestigious event for high school quarterbacks in the country. Every year since 1999, they hold a competition to crown who the best senior signal-caller is in the country. Hundreds of quarterbacks attend regional tournaments, but only a select few make the finals.

This year, the finals will be held in Nashville from June 29-July 1 where 20 quarterbacks will compete for the honor to be crowned Elite 11 MVP. Of those 20, seven hail from the lone star state, five more than the next closest state.

To display the importance of the Elite 11, here’s a list of notable alumni. Trevor Lawrence, Justin Fields, Tua Tagovailoa, Kyler Murray, Deshaun Watson, Jared Goff, Andrew Luck, Matt Stafford, Drew Brees, Aaron Rodgers. It’s not just a competition, it’s a collection of all the biggest stars and future stars that the position has to offer.

There’s a 35% chance the Elite 11 MVP will come from Texas. Without further ado, here’s the illustrious list of the seven Texas High School Football products to earn this honor.

Dematrius Davis Jr., North Shore, Auburn Commit – Davis has had an outstanding football career at North Shore. The Houston bred product is the quarterback for the two-time defending 6A D1 state champions. As a junior, he led North Shore to a 15-1 record, Threw for 2,393 yards and 30 touchdowns whilst also running for 1,171 yards and 21 more touchdowns. Davis is one of the best dual-threat quarterbacks in the nation and will soon get to show the national stage that. Afterward, he is set to be the man at Auburn.

Kyron Drones, Shadow Creek, Baylor Commit – From one state champion to another. While Davis got it done at the 6A D1 level Drone brought Shadow Creek it’s first state title when they beat Denton Ryan in the 5A D1 championship game. Drones led the Sharks to a 16-0 record while throwing for a ludicrous 46 touchdowns and 3,402 yards. Drones can do it on the ground too as the Baylor commit also ran for 825 yards and 18 touchdowns.

Grayson James, John Paul II, Uncommitted – One of the more underrated players in the state of Texas, Grayson James also got an invite to the Elite 11 finals. James led Plano’s John Paul II to an incredible 10-3 record and a state-runner up finish in TAPPS D1. James had an incredible breakthrough season finishing with 3,878 yards and 42 touchdowns to just seven interceptions. He currently has offers from Central Michigan, UAB, and Illinois State among others.

Maddox Kopp, St. Thomas, Uncommitted – Parish Episcopal defeated John Paul II to win the TAPPS D1 championship. To do that, they also had to go through St. Thomas and Maddox Kopp. Kopp led St. Thomas to a 9-4 record while he threw for 28 touchdowns and just over 3,000 yards. Kopp is currently uncommitted but he holds offers from the likes of Houston, Central Michigan, and Cornell.

Behren Morton, Eastland, Texas Tech Commit – The king of 3A football and one of 247Sports highest risers in their updated rankings, Behren Morton also got an invite to the finals. Morton is a Texas Tech commit who’s been the District 3-3A-1 offensive MVP two seasons in a row. In his junior season, Morton threw for 2,766 yards, and 29 touchdowns while also running for six more. Morton led Eastland to a 9-2 record. He recently vaulted 80 plus spots in 247Sports rankings, now he gets an opportunity to show why.

Garrett Nussmeier, Marcus, LSU Commit – A potential heir to Joe Burrow, Marcus’ Garrett Nussmeier also received a finals invite. The District 6-6A overall MVP led Marcus to an impressive 11-2 record as a junior. During his campaign, Nussmeier threw for 3,788 yards and 38 touchdowns. Expect Nussmeier to do huge things in Nashville.

Kaidon Salter, Cedar Hill, Tennessee Commit – Finally, Kaidon Salter also received an invite to the finals in Nashville. Once a three-star recruit, Salter has vaulted up the 247Sports rankings as well. The Cedar Hill product led them to a 9-3 record as well as winning District 7-6A MVP. Salter threw for 2,550 yards and 28 touchdowns as a junior while running for 616 more with 10 touchdowns. Salter recently committed to Tennessee.

These seven Texans will also be joined by:

One of these 20 signal-callers will be crowned the Elite 11 MVP in less than two weeks. Will it be one from Texas? Only time will tell.