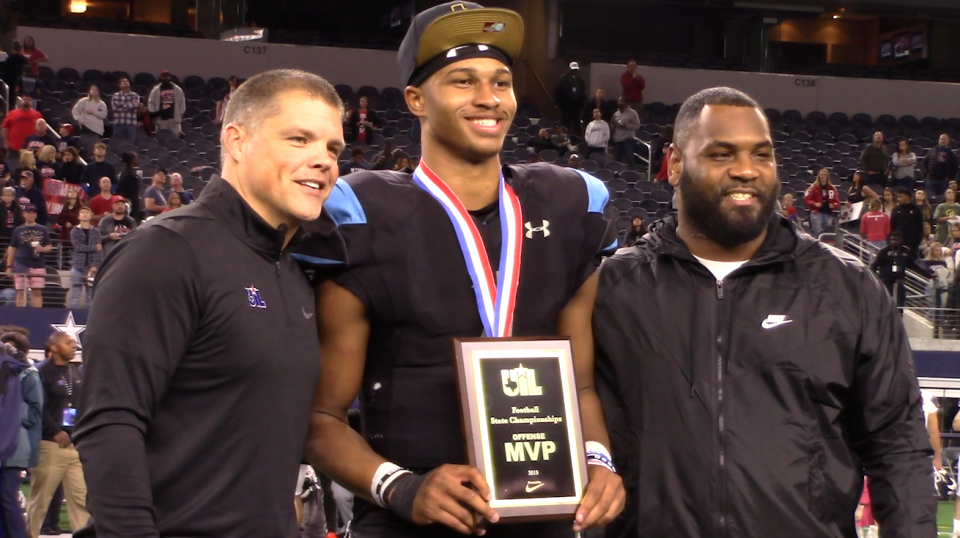 The Elite 11 is the most prestigious event in the nation for up and coming quarterbacks. Since 1999 quarterbacks all around America battle it out at regional competitions for the opportunity to compete at the Elite 11 finals. Once there, only 11 will make the final cut.

This year, the finals consisted of 20 quarterbacks who will be seniors in 2020. Seven Texas High School quarterbacks made the final cut to show off in Nashville for the finals

After the three day competition, an MVP was crowned by Trent Dilfer. Caleb Williams out of Gonzaga High School in Washington D.C. won the Elite 11 MVP. He went in arguably as the favorite and came out on top.

Three were three Texas High School quarterbacks that made the cut.

Kyron Drones, Garrett Nussmeier, and Kaidon Salter. At the end of Day two, Drones sat at number five in the rankings while Nussmeier sat at six. St. Thomas quarterback, Maddox Kopp sat at 11 after an impressive first day showing where he beat Caleb Williams and former Elite 11 MVP, Justin Fields in the first competition.

Prior to the last workout, Drones sat at six and Nussmeier at seven. They both did enough to stay in, Salter did enough to get in.

Those three will be immortalized as members of the 2020 Elite 11 brotherhood.