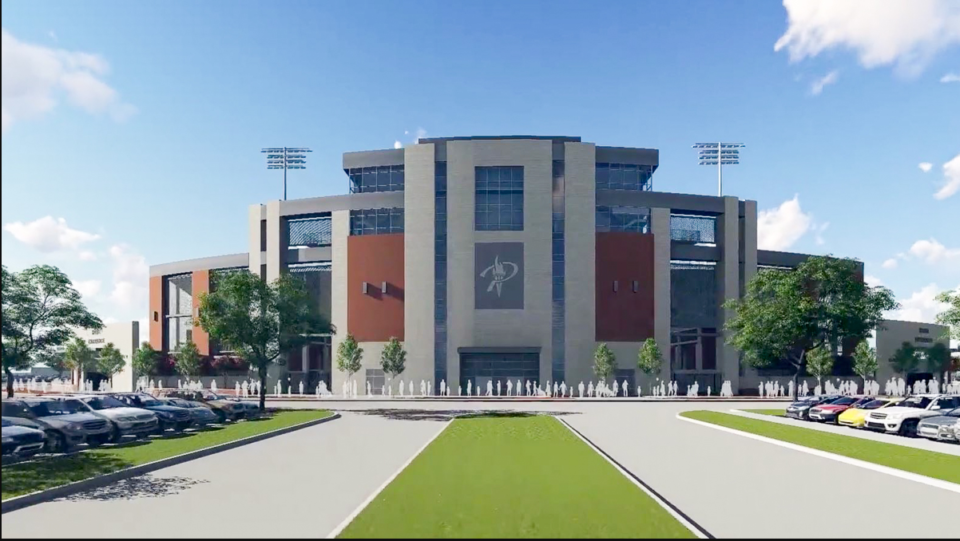 There is nothing else in America quite like Texas High School Football.

To most of the country, high school athletics is just a way for students to continue playing the sports they’ve played since they were a child. To other kids it may just be a way to spend their time after-school or to make some friends along the way. But, for Texans? High school athletics, mainly football, is a way of life.

No matter where you are in the state you can always guarantee that every Friday night from September to December, stadiums will be packed to the brim with press, parents and citizens alike. Towns will be shut down. Bright lights will be shined down upon the fields of play like sunlight screeching down from the heavens themselves.

Go to the smaller towns in Texas. Walking around the empty streets on a Friday night is like walking around a ghost town, years after it’s been abandoned. Go to some of the bigger areas in Texas, the areas surrounding large major cities such as Dallas and Houston. You get the same vibe wherever you go. However, in the distance, large, behemoth-like, stadiums in loom in almost every district, the likes of which that would make some D-1 stadiums jealous. To an outsider, these look like college, maybe even professional level stadiums. But to Texans? Well, that’s just how high school football is done here.

Before trotting out for the first home game of the 2019 season, Prosper high school students will be walking into a radical change. A brand new stadium that seats 10,000 more people than their previous one.

Prosper is one of the fastest growing cities in the North DFW area. Perfectly located between downtown Dallas and southern Oklahoma its population has grown a staggering 145% in the past 9 years.

With a growing city such as Prosper, you need new venues and stadiums to accommodate the masses, thus the ‘Children’s Health Stadium’ has been born,

Yes, the ‘Children’s Health Stadium.’ It’s a unique name for a high school stadium. Most stadiums just take the name of the school they are associated with such as ‘Allen Eagle Stadium.’ But the name of Prosper’s new stadium isn’t just a way to make the prosperous city different. The name marks the beginning of a new 10 year relationship with the hospital.

To go along with this working relationship the hospital will provide care to students, parents and coaches alike to provide Eagles’ athletes with top of the line medical treatments and sports performance training. The likes of which neighboring cities Frisco, Mckinney and Allen have seen for some time.

This is a big deal to the city of Prosper. A relationship like this with a stadium like this marks a significant change for the culture of high school sports in the city. It shows they want to be taken seriously from here on out as a true contender year in and year out and it couldn’t come at a better time.

In 2013 and 2014 the Eagles had back to back 3-7 seasons. Not exactly ideal in any sport to lose significantly more games then you win. But, to go along with the growth, and the influx of talent, over past 3 years Prosper has a 27-10 record including a 9-3 mark last season.

While that doesn’t scream of excellence, they’re growing. They’ve been consistently growing the past several years. They’re not even close to the climax of what they can do as a program yet.

One of their newer rivals, is a team greatly associated with the term “powerhouse.” The Allen Eagles.

Allen has been one of the most dominant high school programs in America for nearly a decade. The past 7 years they’ve been ranked in the top 40 nationally, whilst peaking at number 2 on multiple occasions. They’re the gold standard for DFW football.

But, upon closer examination Prosper may be well on there way to becoming the next Allen. If this was a relay race Allen would be sprinting their last 50 meters just about to pass the baton over to the new kings of the North, Prosper.

One thing to look for in any sports team is there minor league system. The NBA has a G-league for players right out of college to grow and mold themselves into a player that could one day make the starting roster. Baseball has the minor league system with pretty much every prospect that now is a star in the big leagues, has made their name in the minor leagues. The high School sports version of this are the Freshman and JV teams.

Prior to that game the Allen Eagles freshman defense was on average letting up less than two touchdowns a game. Then Prosper came along like a wrecking ball and left Allen like it was debris from a torn down building.

This could be the defining moment of the start of a new powerhouse. With the populations of cities like Allen, already at an alarming high new families are making the move more north thus bringing the talent level of Prosper up with it.

One of the names to look out for in the future of Prosper football is incoming freshman, quarterback, Harrison Rosar. Harrison, according to qbhitlist.com is the number 2 ranked Texas QB for the class of 2023. He is a 6’1 170 pound dual threat nightmare for defenses.

Throughout the middle school level, Harrison looked like he was a grown man playing against children. Totaling 46 total touchdowns in just 14 appearances. 2,140 yards through the air while completing 70% of his passes and adding another 1,529 on the ground. Prosper may have just found the man that can lead them to the promise land.

Every king needs a throne. Prosper’s heir apparent to the throne, Harrison Rosar, needs a throne worthy of his presence. That throne, will soon be the Children’s Health Stadium.

In an era where many sports are dominated by dynasties we need fresh blood more then ever. The Patriots own the NFL. The Warriors own the NBA. Allen owns the north DFW area. For every Goliath there needs to be a David, Prosper may be the David the city needs.

Get ready to see US Route 380 more packed than ever before. Because every Friday night, the $48 million dollar stadium will be packed with people to get a look at the brand new Prosper Eagles who will look to soar above the rest of the competition night in and night out.

Week 4 – Professor’s Picks: Every game in North Texas in 6A-2A