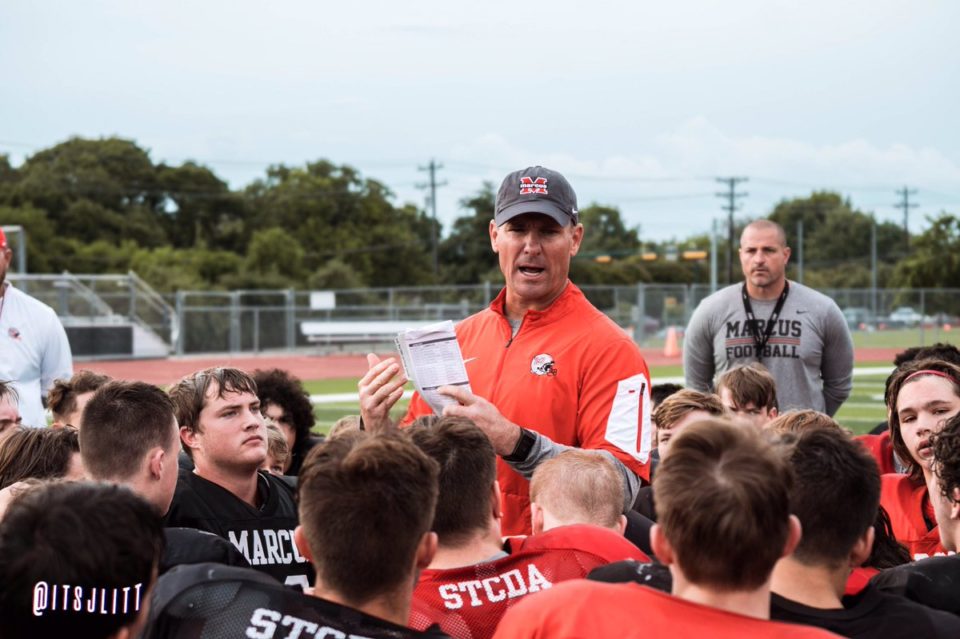 Spring Ball is underway in Marcus once again.

Through two days at practice, it’s apparent that the 2019 Marauders are Garret Nussmeier’s team through and through. The 2021 quarterback has taken more of a leadership role this spring and the team gravitates towards him.

Nussmeier holds offers from schools like LSU, North Carolina and Missouri already. In a stacked 2021 quarterback class within the state, a breakout year could put Nussmeier among the top of that list.

With new receivers like sophomore Ja’Michael Studervant, Nussmeier has a multitude of weapons at his disposal. Though he could afford to develop a little more physically, his arm strength and running ability make him a prime potential Division I prospect.

Also among those expected to fill shoes is 2020 running back Ty’Son Edwards. Edwards should help balance the Marauders’ offensive attack and give them a dependable weapon to turn to.

Defensively, Brooks’ loss is significant but not irreplaceable. This Marauders team has a fire to them, they’re tired of losing and they’ll do anything to get back to winning.