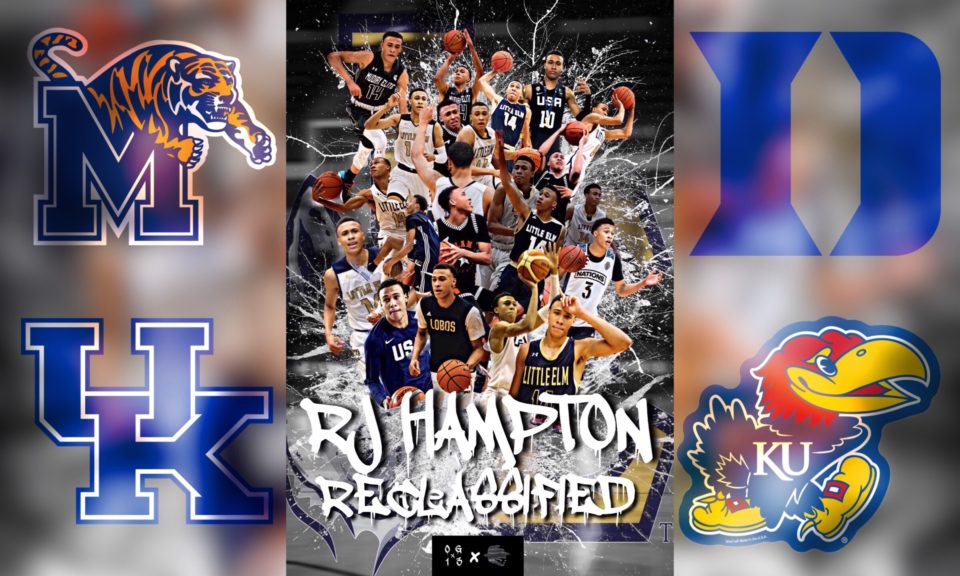 Five-star Little Elm guard RJ Hampton will be reclassifying to the class of 2019, per his father, making him eligible for the 2020 NBA draft and pushing an earlier date for his college commitment.

Hampton announced in early April that he had narrowed his list of college teams to Kentucky, Duke, Memphis, and Kansas. He’s already visited the Jayhawks, but hasn’t announced his official commitment yet.

The #4 recruit on ESPN top 100 and USA basketball star averaged 32.2 points a game to lead his Little Elm to the playoffs, but came up short of a state run after a loss to Mansfield Timberview.

The Colony vs Ryan | 2019 Hoops Highlights