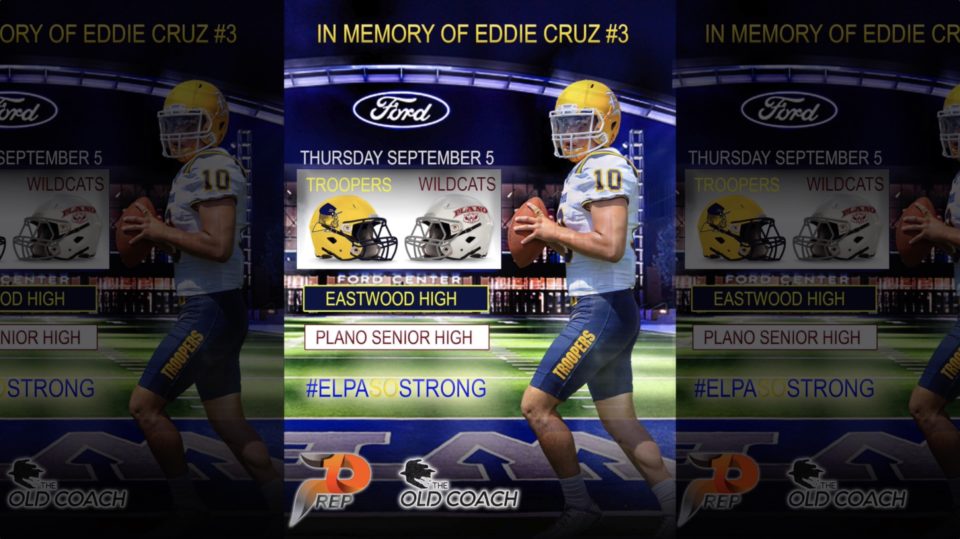 Thursday’s matchup between Plano and El Paso Eastwood will be far more than just a game.

On August 3rd this year, 22 lives were taken at the hands of a gunman in El Paso. The 21-year-old suspect’s high school diploma reads Plano High School. Since being canceled by Plano ISD due to security concerns, the game has been rescheduled and is back on in a new venue.

Audiences and athletes from opposite ends of the state will flock to The Star in Frisco this week with their attention set on not only the box score, but on lost ones being honored by both teams.

Only a month after the August shooting, tragedy struck the El Paso community yet again. Former Eastwood star wideout Eddie Cruz drowned at a lake near Silver City, New Mexico on Monday.

Cruz’s first milestone as a college athlete — Starting as a freshman at Western New Mexico — would tragically be his last. A promising football career, a friend to many, and a brother to some was taken far too early in the waters of Bill Evans Lake.

“Not only was Eddie Cruz a star-athlete on the field the last three years but he was a young man full of life, full of love,” Lopez said. “When he walked into a room, the room just lit up because of his personality and the way he conducted himself.”

Eastwood set the tone for the week when hitting the road for Frisco on Tuesday, heading to the busses with Eddie on their minds and his old jersey in their hands.

TheOldCoach.com has your coverage of Thursday’s meaningful game between Plano and Eastwood.

Nathan Gibson will be on the field from The Star for highlights. Matt “The Professor” Diggs will be writing from the press box.