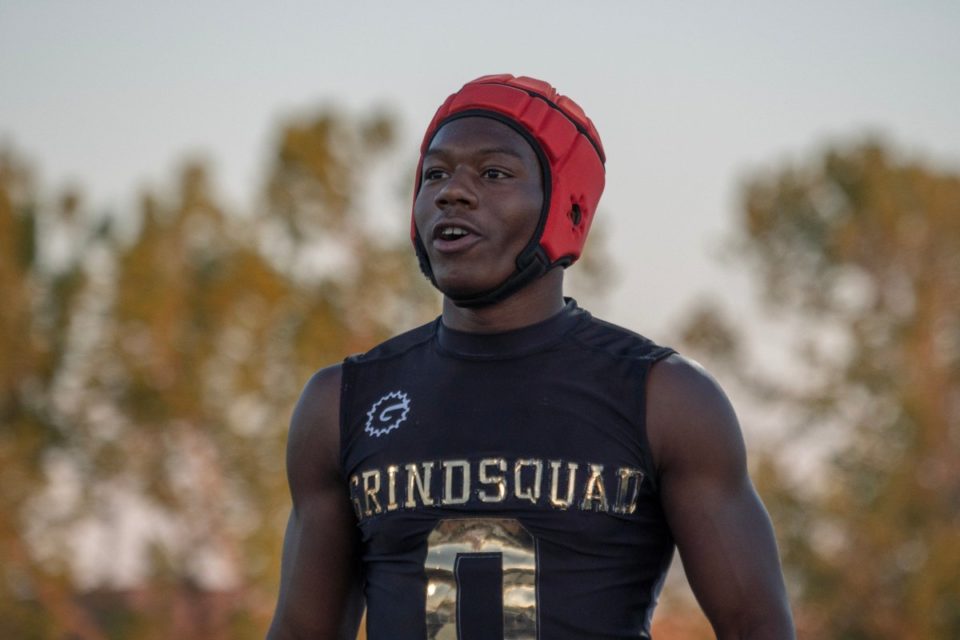 The 2019 Texas high school football season is now a little over halfway complete, and unknown names have made huge impacts for teams across the state.

I have spent the better part of the last ten days analyzing film and connecting with coaches over which players are the most slept-on in the state. Come to find out, there are more than a few, but I had to make this personalized and elite.

It was hard trimming down to this group, but I am more than excited to share some “Diamonds in the Rough” from my experiences so far in the 2019 season. These are kids that do not have the big spotlight nor the bright light shined on them every Friday night, but have done everything to deserve just that.

Here are the five recruits that I have come across that really caught my eye and deserve more looks:

While standing at only 5-foot-9 and weighing in at 160 pounds, Roderick Daniels is a perfect example of heart and fight being more tangible than size.

It’s no secret that Duncanville is one of the best, if not the best, squad in the entire state, but the underground story lies right in front of everyone’s eyes in the form of Daniels.

Daniels is the Panthers’ leading receiver on the season as he has 19 receptions for 346 yards and 6 touchdowns, all team-highs, while also adding 77 rushing yards and 2 rushing touchdowns on just 4 attempts.

Daniels has emerged as a wild card, swiss-army knife for the Panthers this season as he has helped lead the charge for Duncanville through five games. Teammate and Texas commit Ja’Quinden Jackson has spoken highly of Daniels on social media in recent weeks pushing for recruiting exposure for the junior.

Attention on Daniels has begun to pick up in recent weeks as he has picked up offers from Kansas and Houston in the past month.

When you think of wide receivers in Rockwall ISD, it’s clear who gets the majority of the attention. Jaxon Smith-Njigba has racked up a huge following in his three seasons with the Rockwall Yellowjackets. Granted, Smith-Njigba’s talent is one-of-a-kind and he is deserving of every accolade that comes his way, but his enormous shadow may have left one star receiver in the dark.

Across I-30 in Heath, senior wideout Jayden Jones has been having a breakout 2019 campaign that has seen him rack up more yards than his four-star district counterpart with 825 yards and 10 touchdowns on 31 receptions, including a 98-yard catch-and-run on Heath’s very first play of the season.

After transferring from North Garland in 2018 and being denied eligibility for his junior season, Jones’ playmaking ability has fallen under the radar as the only playing time he received before 2019 was during his sophomore season when he played limited snaps and only accounted for 324 yards on 31 receptions.

After spending a year on the sidelines, Jones says he will just keep grinding and knowing that it will pay off soon.

“I know what it takes to get there. I’m just going to keep doing what I do.”

Jones says he personally got into contact with over 60 schools during the spring to tell them to watch his film from his senior season. Offers should be pouring in soon for the senior as he approaches a huge contest against Smith-Njigba’s Rockwall squad on Friday night.

Katy’s new starting running back for the 2019 season burst onto the scene in a massive way in week one as he helped power Katy to a 24-21 upset over the defending 6A Division I State Champion Galena Park North Shore Mustangs behind 219 total yards. Fans checked into that game for the number-one running back in the country, Zach Evans, and instead got the Hoff show.

Hoff replaced Deondrick Glass this season for Katy after transferring in from Dutch Fork, South Carolina and has been a huge impact from the jump. On the year, he has 612 rushing yards and 8 touchdowns in just 5 games.

Part of me hesitated in putting Hoff on this list only because I expected him to not be a “slept-on” recruit any longer. However, halfway through the season, Hoff still stands at only two offers from The Citadel and the University of Northern Iowa. It’s still a no-brainer to throw an offer Hoff’s way.

After Katy’s win over Atascocita in week two, I caught up with Hoff and talked with him about the chip on his shoulder, his future, and what he’s most excited for at the next level.

Q: Have you received any other offers than from the ones listed on your 247 page?
A: I haven’t yet, but I’m working. I’m just letting God do God’s work through me.

Q: Coming into this season with that chip on your shoulder trying to build up recognition, what is your eventual goal when getting to the next level?
A: First is us winning this state championship, but with me, just preparing myself for the next level where there’s going to be bigger guys, bigger competition, so just me getting better in the weight room and running track to get faster.

Q: And do you think Texas has better prepared you for that next step?
A: Yes sir, Texas is fast football. I came from a spread offense [in South Carolina], but [Katy’s offense] is an I-Form just to get me downhill just because that’s my style to get north-and-south.

Q: What excites you most about the next level and how you fit in at a university?
A: Just having that football life. Waking up in the morning and having three-a-days and just doing what I love.

It’s been a long time since Dallas Hillcrest has produced a player worthy of national attention. More specifically, it’s been just over a decade since Braylon Broughton helped lead a huge defensive line for the Panthers in 2006 before enrolling at TCU.

However, while you may miss him if you blink, Nasir Reynolds is on a mission to make his claim as the best player to come through Hillcrest.

Standing at just 5’7 and weighing in at 153 pounds, Reynolds has been torturing opposing defenses in his one-and-a-half seasons with the Panthers.

So far in 2019, his production has yet to take a lapse as his Panthers have jumped out to a 5-1 start mainly because of Reynolds’ play. In six games, Reynolds has rushed for 927 yards and 14 touchdowns while also adding 105 receiving yards and 3 receiving touchdowns on 6 receptions. In the return game, Reynolds has a 65-yard punt return touchdown on the year for Hillcrest.

Reynolds is coming off of a visit to Baylor in which he joined Courtland Ford and the rest of his TrueBuzz family, led by Coach Joey Moss.

“He’s about to blow up soon,” Moss said about Reynolds. “He’s a walking TD.”

Reynolds does not currently have any offers, but is drawing some interest from Baylor, Texas Tech, and Texas State.

If you’re familiar with the Frisco Centennial program or have happened to glance at a roster of theirs since 2010, the Texada name may ring a bell.

Ranthony Texada was first. He came through the program in 2010 and had a prolific career at corner where he recorded 150 tackles, 37 pass breakups, and 11 interceptions in his three seasons with the Titans before taking his talents to TCU.

Next, Raleigh Texada. Raleigh’s 4.44 40-yard dash bursted him onto the recruiting scene, and it didn’t hurt that he added 135 tackles, 34 pass breakups, and 6 interceptions with the Titans as well. Raleigh was heavily recruited before deciding on Baylor where he is now a junior corner for the Bears.

Lastly, there’s Ridge Texada. The youngest of the three and by far, the most slept-on.

Ridge has been the do-it-all man for Frisco Centennial this season as he has 26 tackles, 3 interceptions, and 2 blocked field goals on the defensive side while he has also added 111 rushing yards on 16 carries and 213 receiving yards and 4 touchdowns on 10 receptions on the offensive side. On special teams, Ridge is the lone punt returner for the Titans but has only been kicked to four times in five games.

However, his most impressive feat may lie behind the stat sheet.

In District 5-5A, there are a plethora of solid receivers that have taken the state by storm. When faced with the challenge, Ridge has stood tall each time. Here are stats from notable receivers against Ridge in 2019:

Ridge is coming off of arguably his strongest performance yet in which he picked off a pass on Little Elm’s first possession and accounted for 139 yards of total offense.

“He is who he is,” Little Elm head coach Kendrick Brown told the Frisco Enterprise. “Texada is one of the top players in this district and can do it on offense or defense.”

Ridge holds offers from 5 FCS schools but still awaits his first FBS offer. Any team that jumps on Texada as a late addition to their 2020 class is getting a GEM.

And what will I Look for a Beautiful Partner?