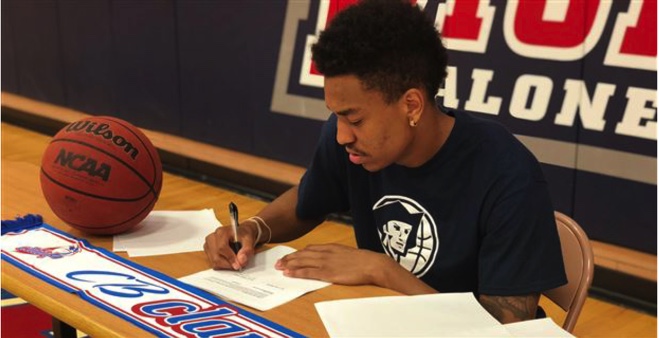 From winning a 5A boys state title against South Grand Prairie (Grand Prairie) in 2013 to signing a contract to play professional basketball with CB Clavijo of the Liga Espanola de Baloncesto (LEB) Oro League in Spain.

Former Fort Bend Travis Tiger TyJordanstarted off his collegiate career at NJCAA Hesston College (KS). In his two seasons with the Larks, Jordan played in 60 games and was named All-Region. As a sophomore, he averaged 16.3 points, 5.1 rebounds, and 4.7 assists per game.

After playing his freshmen and sophomore seasons at Hesston College he soon transferred to Malone University (OH) and wasted no time with handling his business on and off the court.

The 6-3 guard is one of only five players in NCAA DII to average at least 20 points, five rebounds, and four assists.