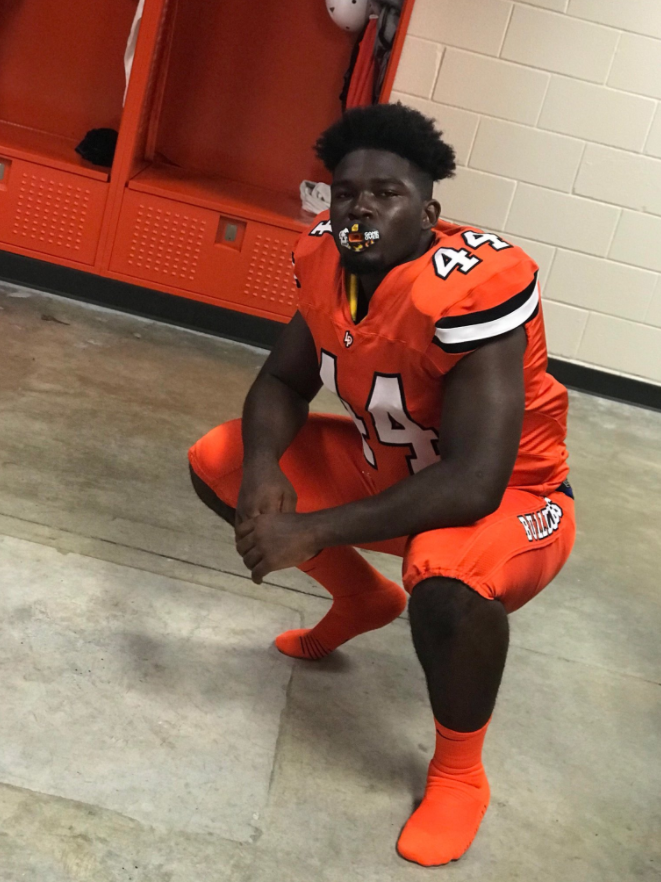 One of the most interesting prospects in all of Texas has just re-opened his recruitment.

La Porte’s swiss army knife, Albert Regis, at the end of April announced his decision to commit to Minnesota. It was a huge win for the program who’s been on the rise in recent years. However, less than a month late, near the end of Mary, Regis decided to re-open his recruitment.

Since then he’s received offers from Texas A&M, Ole Miss, Arkansas, and Texas.

“It’s been fun and extremely exhausting,” Regis said about the recruitment process.

Regis is easily the most intriguing prospect out there in the state of Texas and one everyone should take note of.

He’s a 6’1 300-pound nose tackle who also can line up out wide as either a tight end or a wide receiver. He has some of the most impressive film out there. A guy who can rush up the middle and stop the run and get to the quarterback as well as having the speed to pick up any first down necessary.

Via 247Sports, Regis is a four-star prospect and is ranked as the 15th best defensive tackle in the 2021 class. That also makes him the 35th rated player in the state of Texas for 2021.

“I’m God-driven and I do it for my mother. Without them, there is no success,” Regis explained.

As a sophomore, Regis was named the District 21-6A Sophomore of the year, last year he was an all-district selection as a tight end. La Porte though finished 4-6 in 2019 and missed the playoffs. Regis has one more year to make some magic happen and put up some more ridiculous film.

“The goal for us is to reach a state title game and win it all, simple,” Regis said.

Regis has been doing his best this quarantine to remain in shape so that once football is back in session he can wreak havoc once again.

“I have my own weights that I use in my garage to lift and run,” Regis said.

Wherever Regis ends up that university is getting an absolute steal of a prospect. A guy with his combination of size and speed can truly do anything on the football field.

Expect Regis to really explode in 2020. La Porte has an absolute stud on their hands.

Understand how to Attract Woman Attention the proper way