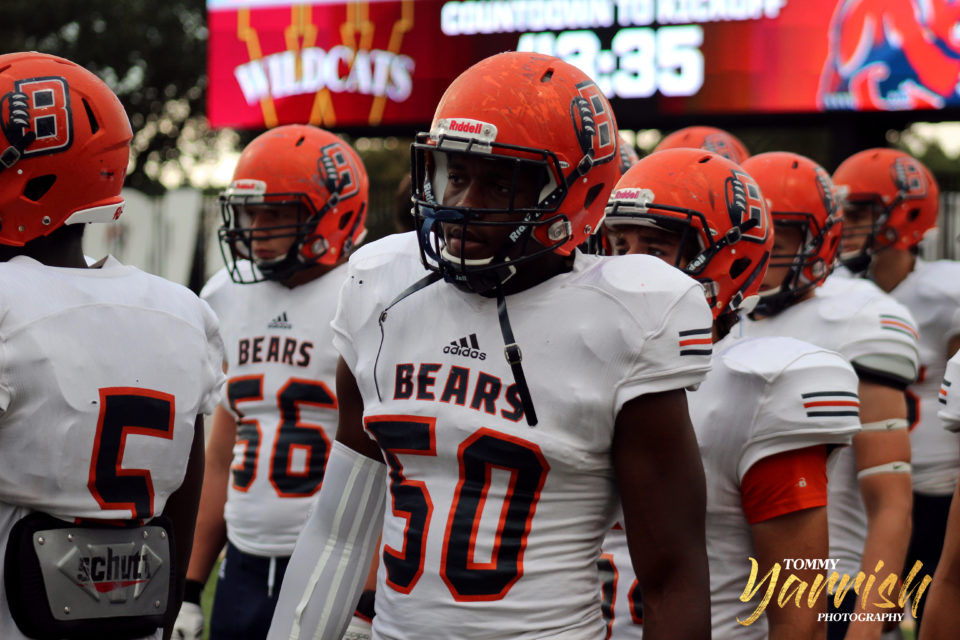 The Bryan Vikings will make the hour-and-a-half trip from College Station down to Cypress to take on the Bridgeland Bears in their week six matchup.

Coming off a 20-7 loss to Cy Woods, the 4-1 Bridgeland Bears are looking to bounce back after a weak performance last week. Quarterback Conner Weigman was held to 110 yards and threw his first interception of the year. It was also the first game of the season where he didn’t throw a touchdown pass, as running back Mason Culton was the only one able to score off a short rush late in the fourth quarter. With a struggling Bryan team ahead of them, the Bears offense will look to flex their muscles once again offensively and stay hot defensively after a spectacular second-half performance last week.

Bryan heads into this game 1-3, coming off of their close loss to Langham Creek 35-31. Quarterback Nico Bulhof threw for 92 yards and rushed for two touchdowns in the loss last week, as he’ll lead the offense in the air and on the ground. Running back Jalen Davis had an impressive touchdown run last game, and he’s got one more receiving touchdown thus far as well. Defensive backs Jack Blackburn and Duwayne Paulhill have held it down on the flip side for the Vikings, with an interception apiece.

Week six of Texas high school football for the two teams will kick off at Cy-Fair FCU Stadium on Thursday, October 3 at 7 p.m.