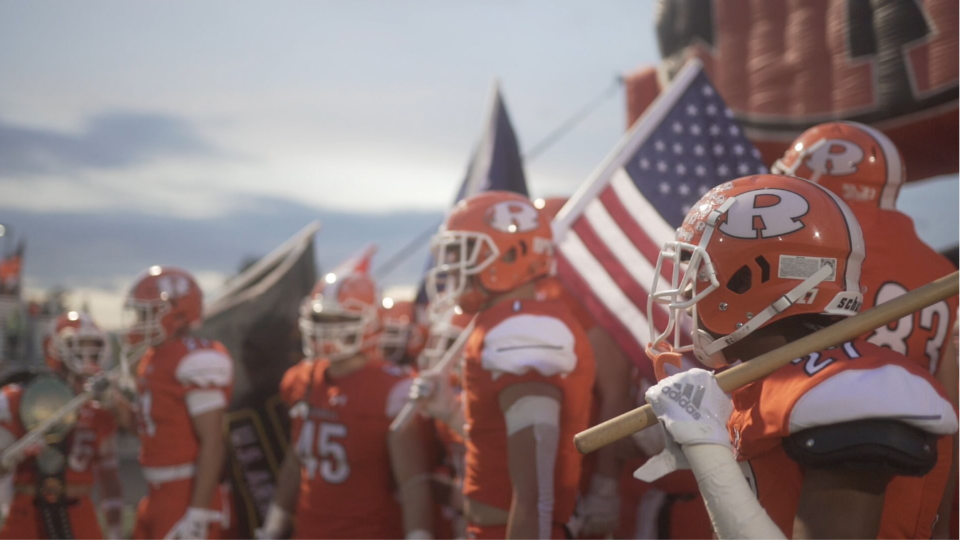 Both teams came in looking as dominant as ever. Longview was 4-0 to start the season while on average beating their first four opponents by four touchdowns a game. Rockwall entered with a 3-1 record with their only loss being a 66-59 back and forth battle against the legendary Randy Allen and Highland Park.

The stage was set for an epic showdown between district rivals each looking to make their claim as the best.

On the very first play of the game, however, quarterback Braedyn Locke found star receiver and future Ohio State Buckeye, Jaxon Smith-Njigba, for a four-yard completion.

Smith-Njigba didn’t play another snap of football that night and the Lobos went on to destroy the Yellowjackets of Rockwall 49-3. Fans everywhere got robbed of what could’ve been a classic.

Ever since that game though and the return of Smith-Njigba, quarterback Braedyn Locke and company have washed that horrible taste out of their mouths and have made sure that everyone else has forgotten it as well.

Rockwall high school has an enrollment of over 2,600 students and with being located approximately 20 miles northeast of downtown Dallas, just like the rest of the city, it has seen a massive bump in population thus making the school a 6A program.

Since then Rockwall has steadily been climbing back up with hopes to reach the peak once again. Since 2014 they hold a 50-22 record, including a perfect regular season in 2014 and then following it up in 2015 by going undefeated within district play and making it all the way to the state quarterfinals.

Last season the Yellowjackets finished 8-3 but had a disappointing exit as they were matched up with the mightly Allen Eagles in the second round of the playoffs.

This season, however, Rockwall looks to make a deep run in the playoffs as they have a new leader in a Sophomore quarterback, Braedyn Locke, to take the reigns.

In his first full season of varsity football, Locke has led the Yellowjackets to an impressive 8-2 record and has looked good doing it. 2,914 yards on a 60% completion percentage for 36 touchdowns to just six interceptions, again all as a Sophomore.

Locke has always had dreams of playing football as he was inspired by his father at a young age.

“I developed a love for the game at a very early age. My dad played in high school and he’s the one who introduced me to the game.”

It’s impressive enough to make the varsity roster as a Sophomore. But, to be the starting quarterback of one of the top teams in Texas as a sophomore requires unrivaled talent. When asked what it’s like to be in that position Locke said…

“It’s been an amazing experience. I’ve learned so much so quickly. My coaches and teammates have done such an amazing job of taking me under their wing and showing me what it’s like to be a true leader.”

Locke has been extremely impressive this season. His first start was against the defending state champions in 5A Highland Park and even in defeat Locke put on a show. He completed 30 of his 47 passes for a ridiculous 569 yards with five touchdowns to just one interception.

Even in the Longview game, Locke didn’t play particularly poorly, but when your star wide receiver is out it changes your whole teams’ gameplan.

Since that dreaded day in September though, Locke has led his team to a 5-0 record whilst throwing for 250 yards a game on average with 17 touchdowns.

“We let that loss fuel us. I feel like that loss made us grow as a team. I’ve been so proud of each and every guy on the team for not letting that game discourage them but inspire us to be better.”

“It’s been incredible. I hate that we might have only one more game together but I’m excited to hopefully make a deep run in the playoffs with him and the team. He’s taught me so much about how fast the game moves out there and how to lead these guys in the following years.”

Obviously, Locke has been very impressive this season and looks to keep it going for an extended stay in the playoffs. But he also plans on getting better year in and year out.

“I plan to use this offseason to improve as a player and a leader. This year has taught me so much and I know it’s only the beginning. I can’t wait to be a part of the future of Rockwall football.”

However, for now, Locke is focused on one thing, bringing a state championship back to Rockwall.

“We want to be state champs. We break out on that every day of practice and we feel as a program that we’ve been on the cusp of something great for a while now. We are ready to get over that hump.”

Being this good is asking a lot out of a Sophomore quarterback but Locke has clearly been up to the challenge as if you take away that Longview game, the Yellowjackets are averaging over 52 points a game and that can all be directly contributed to Locke’s play week in and week out.

There’s no doubt that Rockwall will be one of the top teams in 6A even after Smith-Njigba leaves to Colombus next season. With Braedyn Locke under center for the next couple of seasons, the sky is the limit for the Yellowjackets of Rockwall, Texas.