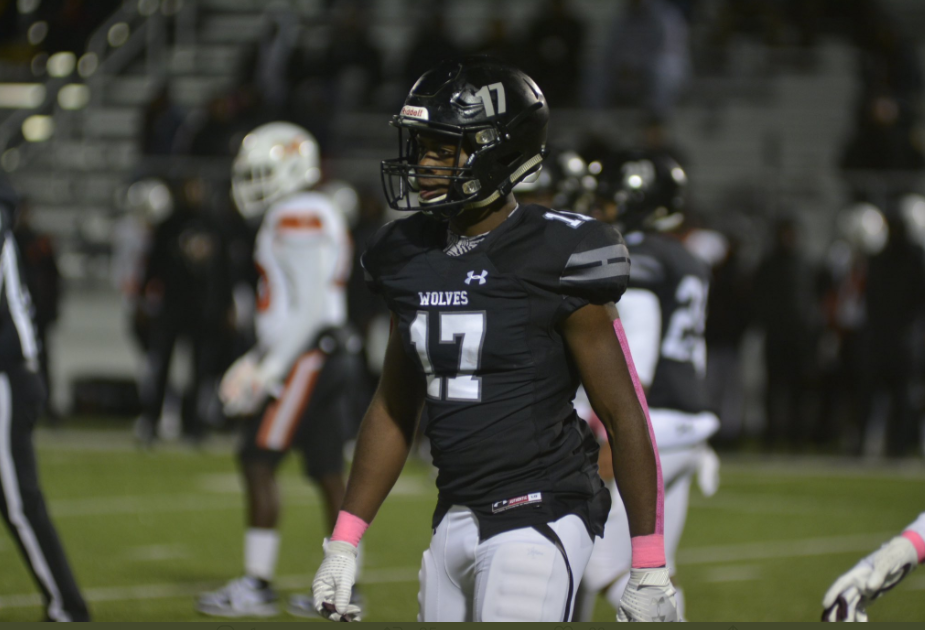 Landon Hullaby has only just finished his sophomore year. Still, he’s already accomplished so much in his football career.

As a freshman, he was a part of Bishop Dunne. A Bishop Dunne team that finished 11-3 and won the TAPPS D1 state championship. He then moved on to Mansfield Timberview where the Wolves went 6-5. Even though they lost in the bi-district round, Hullaby was named the Texas District 6-5A-1 Defensive Newcomer of the year.

“It feels great to already have a state championship ring especially getting it as a freshman. Now I want to get one with Timberview, Hullaby said.

Now, Hullaby enters his junior season with a three-star rating via 247Sports and a handful of offers from some of the top programs in the country.

“It’s a blessing and it’s great to know that all the hard work I put in is being noticed by College programs it means a lot,” the star safety said.

Hullaby is a 6’0 185-pound safety who’s ranked as the 47th best player in Texas for the 2022 class. He’s also listed as the number 20 safety. Hullaby has 22 offers ranging from Auburn, Baylor, Ole Miss, Oregon, Texas, and USC. Hullaby’s older brother, Jaden Hullaby, is a Texas running back commit for the 2020 class.

“My family motivates me a lot,” the three-star safety said. “Me getting to watch my brother go through the process and be in college now at UT it just really shows me that it’s possible. You just have to stay focused and continue to grind and believe in God.”

No matter where he goes, success follows Hullaby everywhere. Mansfield Timberview, In 2019, Timberview finished the regular season 6-4. They lost though to Frisco Independence by 15 in the bi-district round.

“My team and I have really been working hard since last playoffs. Losing first round, that wasn’t a good feeling. We will be ready this season we’re chasing that state ring,” Hullaby explained.

Landon Hullaby is one of the top Texas prospects for the 2022 class. Expect to see this stud rise up the rankings with every game he plays. Timberview has an absolute winner and wherever he goes in the future will reap those benefits.

“Just be prepared for a big junior season from me and the whole Mansfield Timberview season!” Hullaby exclaimed.