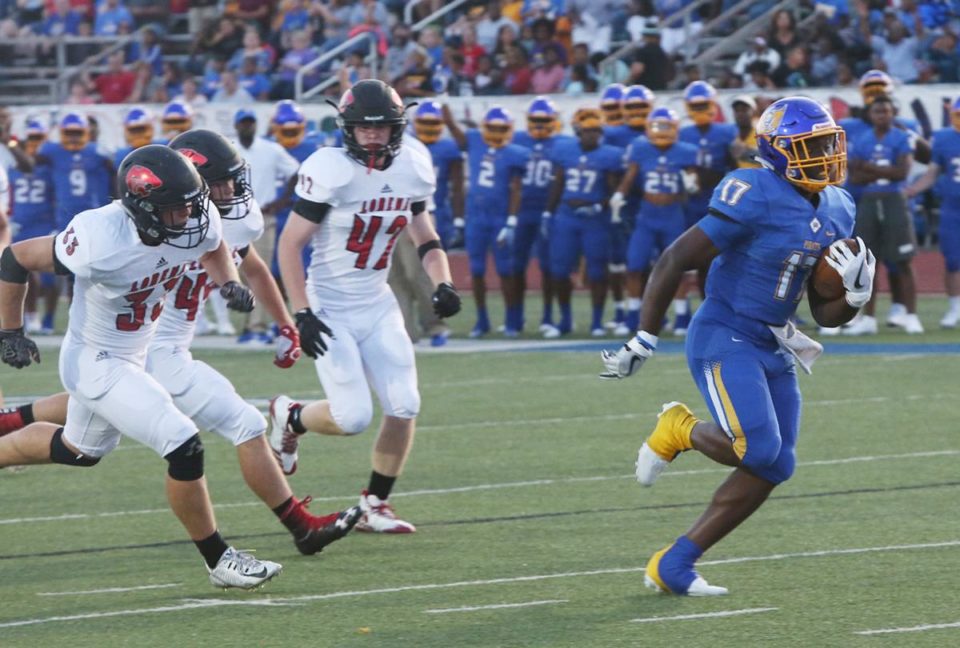 It took all four quarters, but the Waco La Vega Pirates pushed past the Paris Wildcats 38-20 late in the fourth quarter to advance to the semifinals.

Paris opened the game looking for blood, as QB Kobe Savage showed off his wheels on a 75-yard rushing touchdown after forcing a Pirates’ punt to start the game.

After back and forth punts, La Vega needed a little trickery to tie the game up as a halfback pass found WR Malachi Wright for a 7-7 score with 2:23 left in the first quarter.

The defensive battle continued into the second half and both defenses flexed their muscles forcing punt after punt. Neither team had a hold on the momentum until the Pirates forced back to back fumbles late in the second quarter and tacked on a field goal for a halftime score of 10-7.

Outside of the long Savage run, Paris couldn’t get much else going in the first half and that wasn’t going to change in the second half. After a long return to open the half, the Wildcats offense stalled and was forced to punt once again. The La Vega offense continued to roll, churning out yards on their way to a 17-7 lead capitalized by a 45-yard run by John Richards to set up the score.

The Pirates weren’t done yet and on the ensuing drive, Ara Rauls ran in his second touchdown of the night to take a 17-point lead with 11:56 left in the game.

Finally, seconds later, with the help of another long kick return, Paris landed their first score since the opening drive on a 34-yard Zy’Kius Jackson rush. With 11:37 left in the game, the Wildcats were within striking distance 24-13.

The Wildcats’ offense couldn’t capitalize on stout defensive play and La Vega regained momentum, scoring with four minutes left in the game to put the game out of reach 31- 13.

Paris was down but not out yet, the Wildcats scored within a minute to narrow the deficit back to 11, but it was too little too late. In the final minutes, La Vega tacked on another touchdown for a final score of 38-20.

La Vega improves to 11-2 on the season and now looks towards a quarterfinal matchup with the winner of Argyle vs Celina next week.

Colleyville vs Grapevine | 2018 Battle of the Red Rail Hype Up