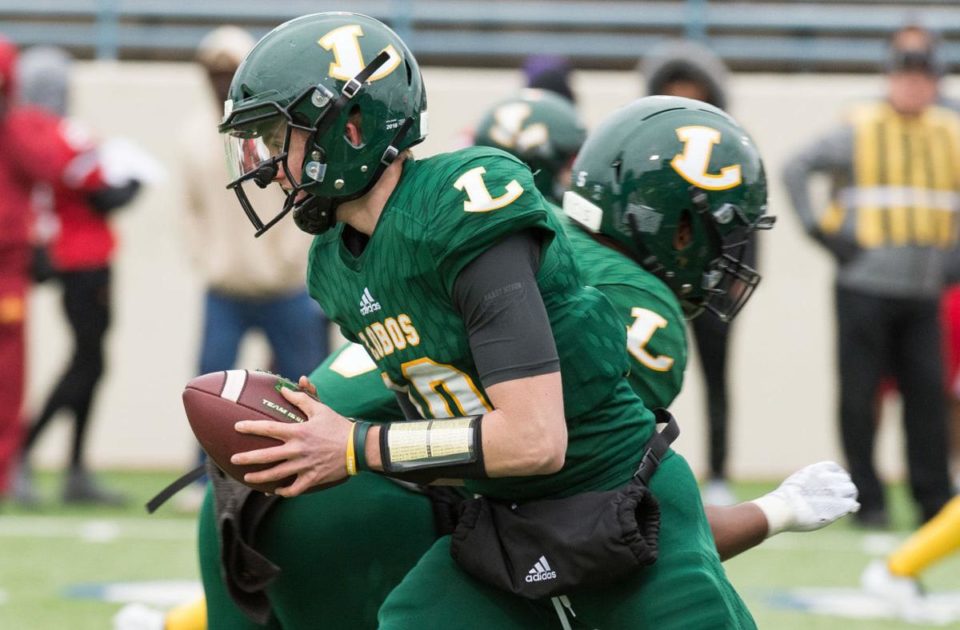 Waco- In a tale of two halves, Jessie Andersonwas able to kick start the Longview rushing attack and lead the Lobos to a 14-0 victory over Spring Westfield in the quarterfinals at Waco’s WISD Stadium.

Once the first quarter came to an end the Lobos found themselves in unfamiliar territory, being held scoreless for the first time since August. Longview would have to wait another quarter before they could put points on the board.

The Mustangs (11-2) had three opportunities to score in the first half, but botched on all attempts.

Spring Westfield kicker David Alvarenga missed on field goal attempts from 39 and 32- yards and a touchdown pass was called back on a personal foul penalty.

Longview (14-0) was able to get a fresh set of downs after Westfield was flagged for a facemask, but on the next play Lobo QB Haynes Kingwould be picked off by Westfield DB Dyllon Peavy.

The Westfield defense would force a fumble by King, after he was sacked by MLB Franklin Montgomery and Peavy would recover the ball at the Lobo 43 yard line.

On the opening possession of the second half King broke free on a 15-yard run, his longest of the night. Anderson (17-car, 99-yards) would burst through the line for a run of 20-yards and the Westfield defense began to reel.

The Lobo defense was able to force their first turnover of the game, when Isiah Rodgers came away with an interception.

Facing second-and-goal from their own 5, King rolled out and found Daquavion Randall in the corner of the endzone for a touchdown. The Lobos would go for two and convert to take a 14-0 lead.

The Longview defense would hold, as the Westfield offense attempted to convert a fourth-and-three from the Lobo 8-yard line.

Longview will take on Amarillo Tascosa (11-3) in the semifinals next Saturday at AT&T Stadium. Kickoff is set for 8:00 p.m.