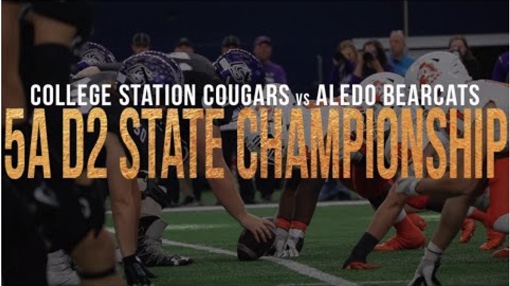 The defending champs Aledo and their newest challenger in what can only be seen as a dynasty, the Cougars of College Station, had the best defensive battle of the championship games of 2017. The State of Texas is known widely for it’s prolific offenses but this battle did not see many explosive plays at all. Give credit to both sides defenses and coordinators for getting their boys ready to handle the usually high powered offenses these teams displayed. Only one point separated these two teams in a game where if I were the head coach, I would want my defense to make the last stop instead of my offense driving the field for the win.