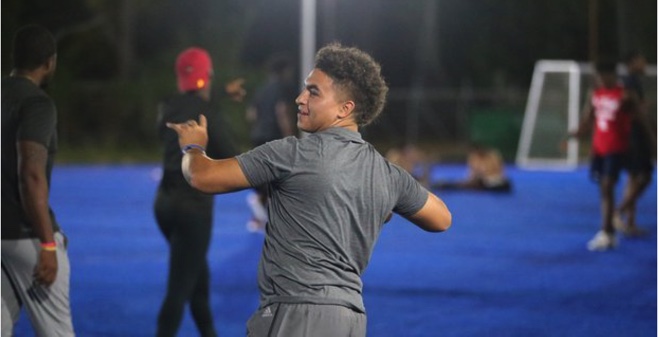 With the football season getting closer and closer keep your eyes on these hidden jewels [Donovan Krushall, KJ Shankle and Cliffton Styles] as they breakthrough into their upcoming fall season.

What can we expect from these three?

Donovan Krushall a very dynamic 5-foot-7, 180-pound quarterback who has silently attacked this past summer while dominating camps and the 7-on-7 circuit. When speaking with Krushall you can just feel the passion he has for the game of football. With the strong work ethic and leadership qualites this young man upholds, there’s absolutely no way that Krushall won’t have a successful junior year at Wharton High School.

Kaelen “KJ” Shankle isn’t afraid to break through the hole and get some yards for his home team, Fort Bend Travis. The way Shankle plays is remarkable and can be very challenging for the defense that’s up against him. As a 6-foot, 205-pound running back he’s bringing the power and nothing less when those Friday night lights come on.

Cliffton Styles better known as a “quiet storm,” has set some high expectations for himself as well as his team for this fall season. The 2019 5-foot-10, 205-pound outside linebacker plans to head to state this year with his team, Hendrickson High School. With his recruitment wide open he’s a jewel that is bound to get snatched by a collegiate team very soon.