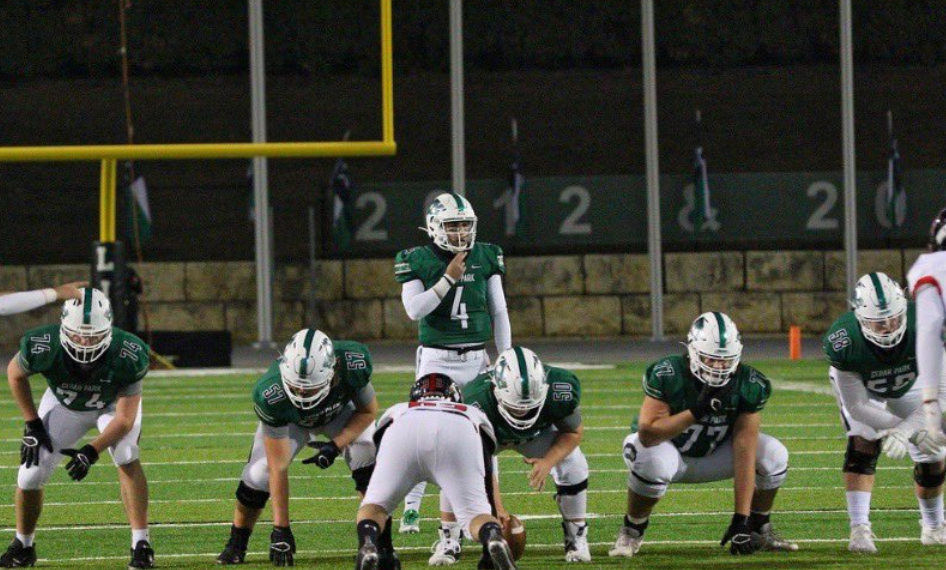 Before the season, I wrote on Ryder Hernandez and how he can be a player to watch this season.

Ryder Hernandez is directly responsible for the Cedar Park turnaround and subsequent success.

“Being a starter since my sophomore year and getting reps on varsity my freshmen year helped me get used to the speed of the game early,” Hernandez said. “Now being a senior the game has slowed down for me and with the fantastic offensive line I have and an arsenal of receivers and running backs, I have a lot of guys to rely on.”

Cedar Park this season is 13-0 as their offense is averaging 53.5 points per game this season. On the flip side, their defense is letting up just 17 points per game on average. Cedar Park most recently ended Manvel’s season who seems to always be in the final rounds of the 5A D1 playoffs.

“We’ve come into every week preparing like it was our last the entire year. With all the uncertainty surrounding the season this year, we all worked our tails off every week not knowing what the future entailed and I think that preparation every week has been a key to our success,” Hernandez explained.

Cedar Park in the 5A D1 state semifinals will match up with Corpus Christi Veterans Memorial who is also undefeated this season at 14-0. The winner of that game will advance to the 5A D1 state championship game with an undefeated record and will play either Denton Ryan or Mansfield Summit.

Hernandez and Cedar Park are just two wins away from achieving their ultimate goal.

“Week after week we’ve told ourselves the only people that can stop us is us. So if we keep eliminating mistakes each week we believe no one can stop us,” the star quarterback said.

Somehow, Hernandez only has offers from Northern Arizona, Houston Baptist, and Sam Houston State among others. Whoever gets this kid, is getting an absolute steal.

He looks to end his amazing career with a state championship in a few weeks. When talking about what a state title would mean to him, Hernandez said the following.

“Winning a state championship has been a dream of mine ever since I moved to Texas in the 5th grade. After all the hard work that these seniors and I have put in over the last four years, it would definitely complete what we’ve been grinding for.”

Catch Hernandez and Cedar Park on Friday, January 8th when they take on Corpus Christi Veterans Memorial at 7:30 P.M.