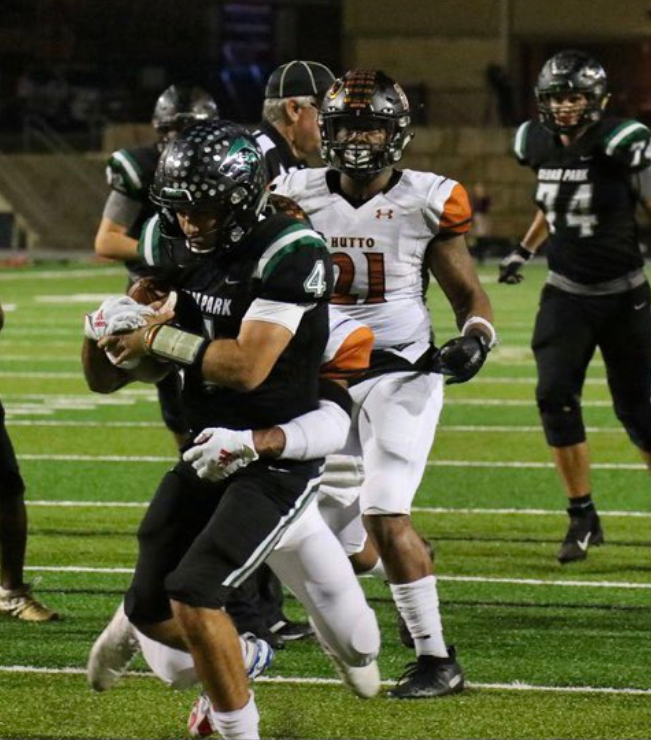 Two years ago though, they had their worst record in the decade at 8-4. They bounced back last year though and finished 11-2 on the season, making it to the 5A D1 state quarterfinals where they lost to Manor by just three points.

One huge reason for their bounceback from 2018 to 2019 was that of their exceptional quarterback, Ryder Hernandez.

Hernandez had a tremendous season last year as he threw for 3,049 yards and 34 touchdowns to just six interceptions in 13 games. He also completed 64% of his passes.

“I’m always working to be perfect. Obviously no one is able to be perfect but striving for perfection is something I take pride in. That’s what keeps me going every day and the closer I get to “perfection” the better I become,” Hernandez said.

The great thing about Hernandez and the thing Cedar Park fans should be most excited about is Hernadez’s progression over the season. He got better as the season went along.

Hernandez looks to take that success and progression and use it towards his advantage next season.

“Our goal is to bring back the State trophy to Cedar Park. We believe if we work and focus then this is something that is very achievable. Everyone is bought in and we’re ready to go,” Hernandez said.

Hernandez, during this quarantine, has been making sure to stay in shape. Now that quarantine has lifted, he’s back at school putting work in for his last year.

“Quarantine has finally been lifted for us as we’re in Week three of our strength and conditioning at the high school. It’s been great being back around the coaching staff and teammates,” Hernandez said.

“It has been fun. I have received seven FCS offers for football and am committed to Texas State for baseball,” Hernandez said.

Offers include Northern Arizona, Sam Houston State, and Houston Baptist among others.

Ryder Hernandez is one of the most underrated players in all of Texas. An incredible quarterback who has the chance to give Cedar Park it’s third state championship since 2012. They have the team, coaches, and players to do it. Hernandez is more motivated than ever before.

“Something fans should know is that we’re locked and loaded this year and ready to make a run for State,” Hernandez said.

Contrarrevolución 4 ROM — Can it be Well worth the price?