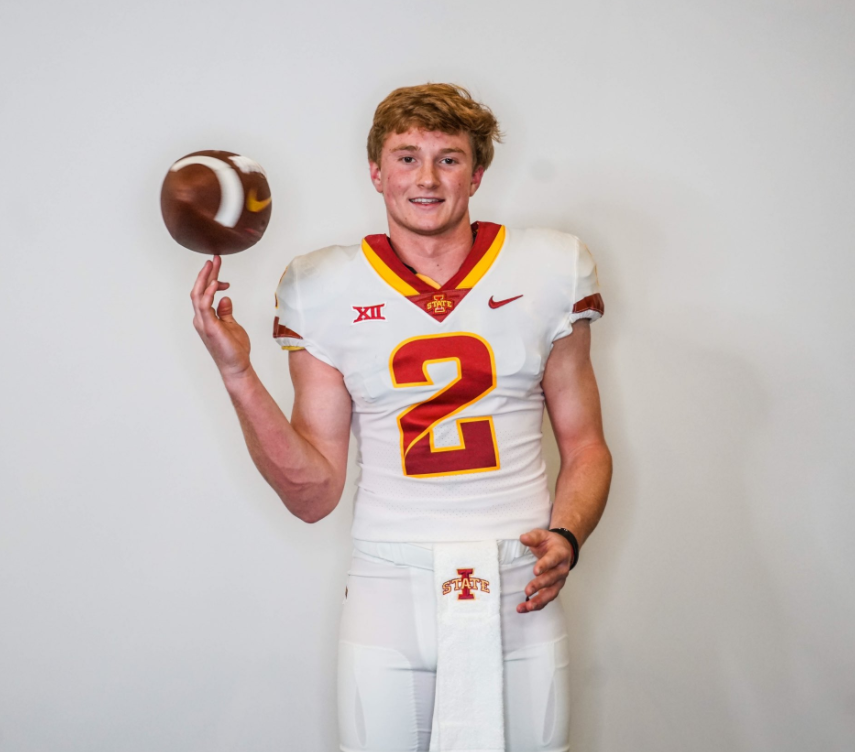 Despite that, Austin high is home to just one football state championship, one from 1942.

Austin unfortunately is stuck in a brutal district where they have to face two of the best in the entire state year in and year out. Lake Travis and Westlake are two of the most successful programs in the nation, not just Texas.

Austin recently has missed the playoffs in the past two seasons going 3-7 and 4-6 in the process. Despite that, the Maroons have been the benefactor of some of the best quarterback play in the state. Meet Charles Wright.

“My belief in myself,” Wright said on what he attributes his success to. “My success also comes from my preparation prior to Friday nights. My drive to learn more and find ways to improve my game set myself apart from everyone else.”

Wright in his career as the Maroons starter has thrown 57 touchdown passes, 5,780 yards, and has completed 60% of his passes. Last year, Wright threw for 2,510 yards and 27 touchdowns.

Wright shut down his recruitment back in February when he committed to Iowa State to be their future quarterback.

“The people inside the program and their core beliefs. They run an offense that is extremely appealing to me and is an offense that I can see myself thrive in,” Wright said. “Their fans are also some of the most loyal fans in the country. They’re a team that wins and plays big-time college football. Coach Campbell is someone that I really admire and believe in as well. Coach Gordon (QB Coach) has also spent a lot of time with me one on one going over plays and film which has made me feel even better about my decision.”

Wright is one of 16 commits that Iowa State has for its 2021 class. He’s one of three Texans joining defensive tackle Tyler Onyedim (Foster) and safety Ben Langston (Blinn College.)

Wright in 2017 was on Austin as they went 7-4 and made the playoffs. His senior season is his last opportunity to be the one who takes the Maroons there. He feels confident that he can do so.

“You can expect a relentless, fast, and electric team. It’s going to be fun to watch,” Wright said.

Wright is one of the best quarterbacks that we have in the state of Texas. If anyone can make Austin a force to be reckoned with, a team to compete against Lake Travis and Westlake and others, it’s him.

“Texas High School football is very special. It’s something that’s been a huge part of my life and has given me opportunities and relationships that will last a lifetime,” Wright said.

Wright wants fans of Iowa State to know a few things about him before he takes over.

“I’m a player that never runs away from the competition.”