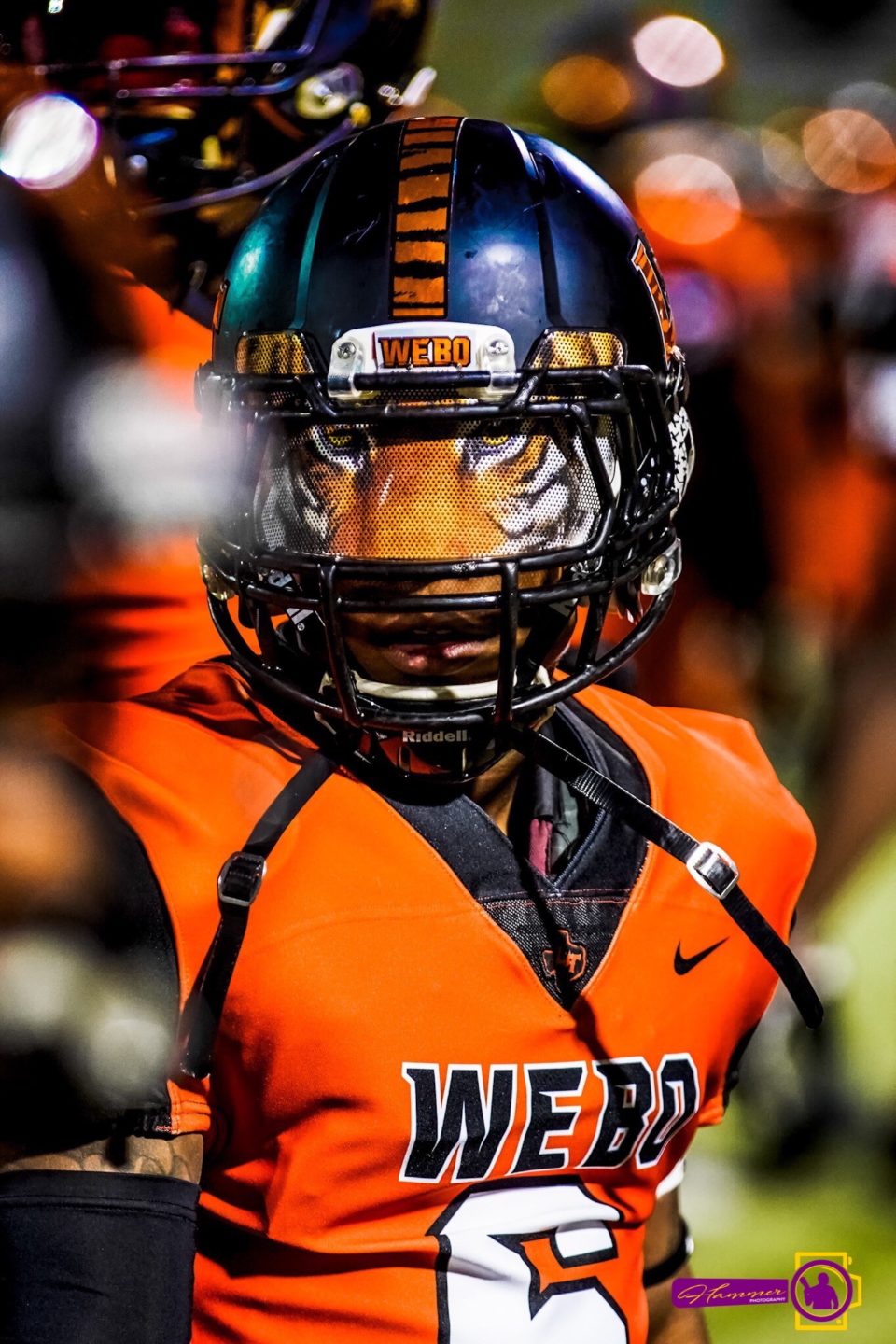 The Hawaii Rainbow Warriors landed their first 2021 football recruit this weekend when Lancaster running back and Track star Da’Qualen “DQ” James announced his intention to commit to the program.

“What led me to commit is, of course, the beauty of Hawaii but more so Coach Graham and some of the coaches are from Texas and our conversations were genuine. I went back and watched some Arizona State games to get a feel for what Hawaii does and Basically Coach Graham runs the same scheme as we do at Lancaster,” James said. “My parents also felt comfortable with the fact that I will be a far distance but crime is low in Hawaii. Plus I didn’t want to go where there are a million runningbacks on the roster.”

Graham was just brought on as the new head coach in January after a two-year hiatus from the sport. Before that, he led Arizona State to a 46-32 record in six seasons including multiple 10 win seasons.

James is a lighting bolt on the Track as well as the gridiron. As a junior, he finished with 837 rushing yards with 10 touchdowns on nearly 10 yards a carry. He also helped the Lancaster Tigers finish third, behind Fort Bend Marshall and John Tyler, in the 4X100-meter relay at last year’s 5A state championship meet.

“What leads to my personal success is strictly my parents’ support. Never have they missed any of mine nor my brother and sister games. My Mom and Dad are my rock,” James said. “When I see little kids and they tell me I’m their idol that’s that motivation to be the best I can be. My size has always been a question so I play big.”

As a junior, James helped the Tigers reach the 5A D1 state quarterfinals where they fell to undefeated Frisco Lone Star to finish 11-3 on the season. Running back Tre Bradford who had over 1,500 rushing yards and 23 touchdowns in 2019 is leaving Lancaster for LSU thus opening the door for James to have a monster season.

“My goal for my senior year at Lancaster, of course, is to win a state title and break 1000 yards. I want to bring a State Championship back to the South Dallas area,” James said

This season before COVID-19 ended all sports, James and the Lancaster 4X100-meter relay team ran a 40.65, which was the best time run this year. James also recorded a personal best in the 100-meters this season of 10.83 seconds.

“Track has always been the second love of mine, I love to run. Track has increased my speed and stamina. Plus I am very competitive so when I line up next to some of the best athletes in Texas it’s amazing especially knowing that most of the guys I will see on the football field at some point. Track for me makes me better,” James said.

Hawaii got an absolute stud in Da’Qualen James. The Rainbow Warriors last season finished 10-5, their most wins since 2010. Hawaii has also recruited fellow Texans Quin Bright, Riley Wilson, and Kemon Smith. All of which are three-star commits and in the 2020 class.

James looks to keep carrying the torch for the Rainbow Warriors and keep them at the top of the Mountain West for years to come.

“What you can expect from me in the future is success in life, be it football or education I will be in somebody’s history books. I will make plays for my teammates, my school and my family,” James said.

2019 Texas 7on7 State Championship Hype Up