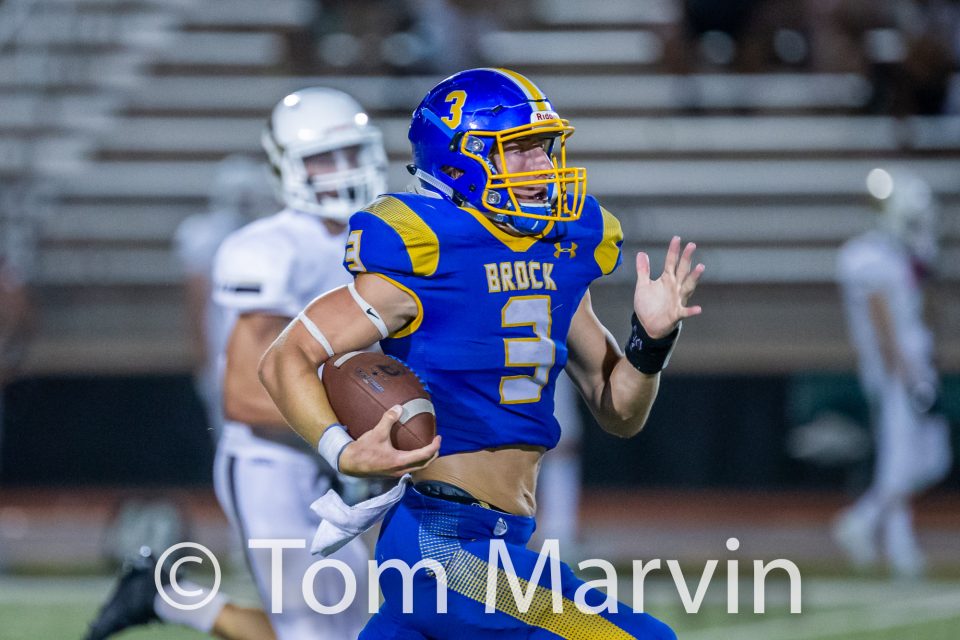 Brock since winning the 3A D1 state championship in 2015 have consistently been in the mix for number two. They’ve only lost nine games in the past four years. Now in 2020, they’re looking to reclaim what was once theirs.

In 2019, they made a run to the 3A D1 state semifinals where they lost by a single point to eventual runner-up Pottsboro. This year though they’re just as loaded as ever. They started off their season with a massive 55-7 dismantling of Bushland. Watch out for Brock.

“It felt great being ranked number one in the state, it’s hard cause everyone’s coming for you and to go off like that and have a big win feels priceless.”

“When I have a good game that means my line did an amazing job as well as my other teammates,” Jones said.

Jones is a 2021 running back who has offers from Army, FAU, and FIU. He’s one of the most slept on prospects in all of Texas and he’s coming out his senior year with a bang.

Brock is predicted by many to make another run with many even saying they are the favorite to win it all in 3A D1. With performances like Friday and freak athletes like Jones, it’s easy to see why.

“Finish what we came so close to last year and to win our last game,” Jones said on Brock’s goal for 2020.

Brock returns 15 starters from last year who are all on that same mission. 3A features some of the craziest stat lines such as Dane Jentsch of Grandview and Silas Barr of Pottsboro who can play both sides of the ball brilliantly. Keep an eye out though for Cash Jones as the one who could be the new face of 3A football.

If Friday was any indication, he’s already well on his way.

“Get your popcorn ready, the show has started, and you’re going to want to watch this for 15 more weeks,” he said.